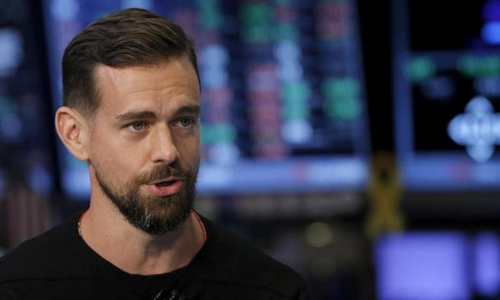 SAN FRANCISCO- Twitter Inc Chief Executive Jack Dorsey defined one of the company's missions as being the "people's news network," according to an internal memo seen on Monday.
The 10-year-old social networking service has long struggled to define its core purpose and is under the spotlight as it explores selling itself in a process that has attracted potential buyers such as Salesforce.com. Twitter has made a recent push into news and sports on mobile devices and this foray could pique the interest of a media company as an acquirer, analysts have said. The memo does not address the sales process. Twitter did not immediately respond to a request for comment. Bloomberg, which first published the memo Monday, reported that it was sent to employees last week. Dorsey who returned as a permanent CEO about a year ago thanks employees in the message for showing resilience and calls on them to help the company strive to be the first place "people check to see what's happening." "Twitter is what's happening, and what everyone is talking about (literally!). News and talk. We're the people's news network." Later, Dorsey said, "So let's show them what we're made of and deliver a better Twitter faster than they thought possible. We can do this every day. We can do this!" Twitter has recently signed deals with a number of media companies and sports organizations to stream major events such as the presidential debates and Thursday Night NFL games. Twitter went public in November 2013 at $26 a share. The shares peaked above $74 just over a month after its IPO, but have been on a steady downward trajectory since. Twitter shares closed trading at $17.56 per share Monday, down more than 11 percent on speculation that no buyer for the whole company would ultimately emerge. -Reuters