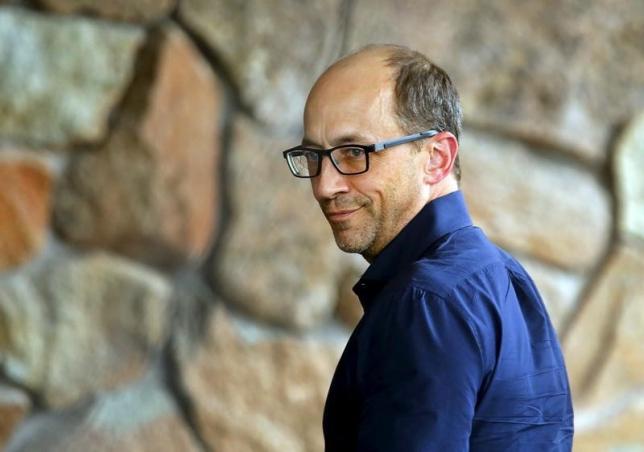 SUN VALLEY - Twitter Inc's (TWTR.N) board is weighing a shakeup that could involve the exit of former Chief Executive Dick Costolo, Bloomberg reported, citing people familiar with the matter. The changes may be announced when the company names a permanent CEO, Bloomberg said. The change is intended to make the board more diverse. The board may expanded or shuffled to represent directors from diverse backgrounds, such as minorities and those with experience in adjacent industries, including advertising and e-commerce, the people familiar with the matter said. Twitter declined to comment. Costolo stepped down as CEO on July 1 and the company named co-founder Jack Dorsey as interim CEO. Last week, Twitter said its number of monthly average users grew in the second quarter at the slowest pace since it went public in 2013. Aside form Dorsey, other possible candidates for CEO include former Yahoo Inc (YHOO.O) CEO Ross Levinsohn; Mike McCue, CEO of newsreader app company Flipboard; Instagram founder Kevin Systrom; and Evan Williams, CEO of blogging website Medium, according to SunTrust Robinson Humphrey. -Reuters