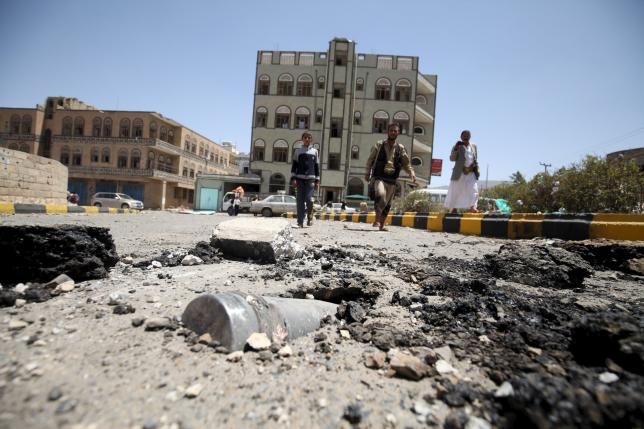 SANAA - Two air strikes in Yemen on Tuesday killed at least 40 people, most of them civilians and wounded dozens of others, medical sources said. One strike hit a bridge in central Ibb province as cars carrying militia members were driving on it, residents said, killing at least 20 people, mostly civilians. Another, on a security building in the city of Haradh near Yemen's border with Saudi Arabia, killed 13 civilians and seven soldiers. Saudi Arabia and its Sunni Arab allies have been bombing Yemen for almost a month in a bid to weaken the country's dominant force, the Shi'ite Houthi militia movement allied to Iran. - Reuters