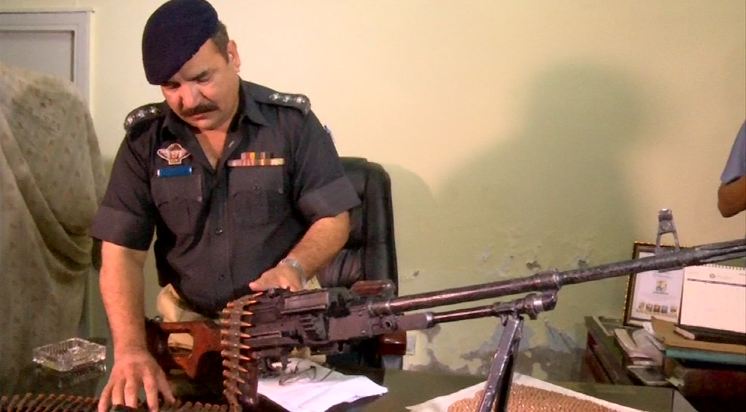 KARACHI (92 News) – Police have arrested two terrorists of Al-Qaeda in the sub-continent group during an operation conducted in metropolis’s Gulshan-e-Iqbal area on Friday. As per details, on a tip off the presence of terrorists in the area, police carried out a raid in Karachi’s Gulshan-e-Iqbal area and detained two terrorists of Al-Qaeda in the sub-continent group namely Abdul Basit and Nouman. The arrested terrorists received training in Afghanistan and were involved in killing of security officials. Police have also recovered weapons including Anti-aircraft gun, hand grenades and explosive material from the possession of terrorists. Sindh Rangers have also arrested a member of MQM militant wing from Shah Faisal Colony area of Karachi. According to a spokesperson of Sindh Rangers, the militant was wanted in a number of heinous crimes including hand grenades attack on Rangers pickets in Korangi area of Karachi. Meanwhile, three persons have also been killed in a target killing incident in Sachal Goth area of Karachi.