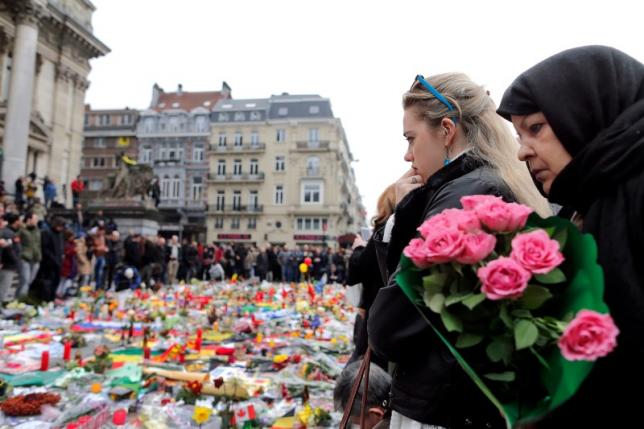 BRUSSELS – Two Americans were killed in Tuesday's suicide bombings in Brussels, a senior US official said on Friday, as U.S. Secretary of State John Kerry met with Belgian leaders and offered condolences and help following the attack. The official did not offer specifics on where the Americans died, saying only that two had been confirmed killed. Kerry, traveling back to Washington after talks in Moscow, stopped in Belgium to demonstrate solidarity after the attacks, which killed 31 people and injured hundreds of others. "The United States is praying and grieving with you for the loved ones of those cruelly taken from us, including Americans, and for the many who were injured in these despicable attacks," Kerry said after meeting Belgian Prime Minister Charles Michel. "The United States stands firmly with Belgium and with the nations of Europe in the face of this tragedy," he said. "We will continue to provide any assistance necessary in investigating these heinous acts of terrorism and bringing those responsible to justice," Kerry added. Michel offered his condolences for the death of the Americans, but did not elaborate. "We want to cooperate with you, do our best with you in order to face these very sensitive issues," he said. –Reuters