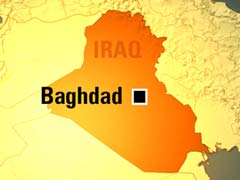 (Reuters) - At least 15 people were killed in two bombings in and around Baghdad on Monday, police and medical sources said, the latest in a string of deadly attacks to hit the Iraqi capital in the last two weeks. A suicide bombing at a security checkpoint in the Shi'ite neighborhood of Kadhimiya killed 13 civilians and wounded more than 30 others, the sources said. The neighborhood is home to one of the holiest shrines in Shi'ite Islam and is the regular target of such attacks. Two people were later killed when a bomb went off on a main street in a northern suburb, police and medical sources said. No person or group immediately claimed responsibility for the bombings. Islamic State, an al Qaeda offshoot that seized large parts of northern and western Iraq last year, regularly targets Shi'ite neighborhoods in the capital. At least 37 people were killed in a wave of bombings on Saturday. Despite the violence, the government lifted a longstanding night-time curfew on Saturday night aimed at normalizing life in the war-torn city.