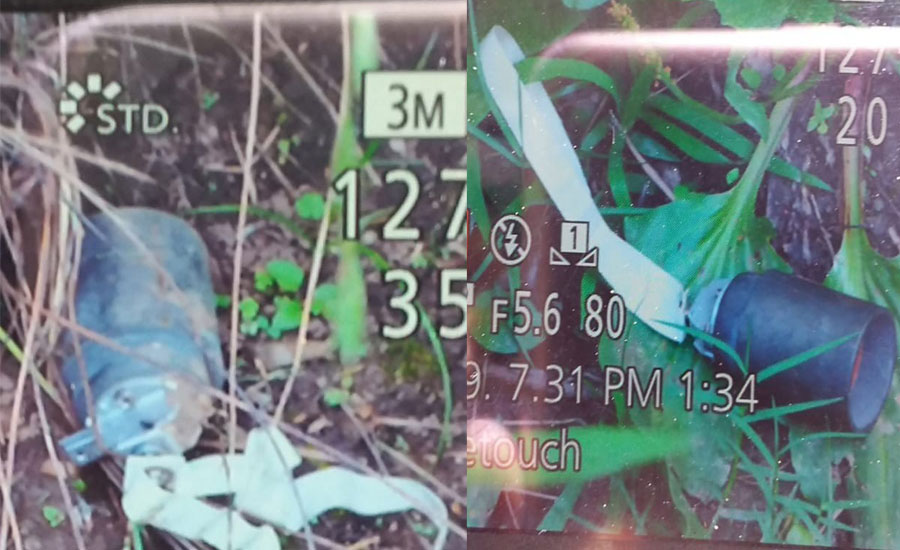 MUZAFFARABAD (92 News) – Two citizens were martyred while 11 others injured in a cluster toy bomb attack by India in the Neelum Valley on Saturday. According to the ISPR, the Indian army uses cluster ammunition along LOC, deliberately targeting civilian population. This is violation of Geneva Convention and international humanitarian law. The Indian army on night 30th / 31st July targeted innocent citizens including women and children in Neelum Valley through artillery using cluster ammunition. Resultantly, two civilians, including a four-year-old boy, were martyred while 11 got critically injured. According to the ISPR, because of severe impact on non combatants, use of cluster ammunition is prohibited under Convention on Cluster Ammunition. This blatant Indian aggression against all international norms exposes true character of Indian army and their moral standing. It’s time for international community to take notice of this Indian blatant violation of international laws on use of cluster ammunition targeting innocent citizens.

On July 30, A youth was martyred and nine civilians injured when Indian troops resorted to unprovoked firing of mortars and artillery guns along Line of Control, deliberately targeting civil population in Danna, Dhddnial, Jura, Lipa, Sharda and Shahkot. According to Director General Inter-Services Public Relations Major General Asif Ghafoor, the martyred youth was identified as Nouman Ahmed, 26. The injured, including women and children, were evacuated to hospitals. The DG ISPR said that Pakistan army troops responded effectively targeting posts undertaking fire. “There are reports of three Indian soldiers dead, many injured besides damage to Indian posts,” he added.

On July 21, an Army jawan was martyred while four citizens, including two young girls and a women, were injured in Indian unprovoked firing along the Line of Control (LoC). The martyred soldier was Havaldar Manzoor Abbasi. According to a press release issued by the ISPR, Indian Army resorted to unprovoked ceasefire violation using rockets and mortars in Battal, Satwal, Khanjar, Nikyal and Jandrot, targeting civilian population and Army posts. Pakistan Army troops effectively responded to the Indian firing and targeted those posts which initiated fire. The posts were heavily damaged and caused several casualties.