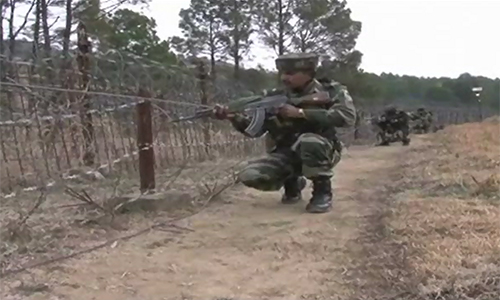 ISLAMABAD (92 News) – Two civilians were injured and dozens of cattle killed by Indian unprovoked firing in Battal sector on Wednesday. Schools have been closed in the border areas due to Indian firing. Meanwhile, Indian Deputy High Commissioner was summoned to the Foreign Office to protest continuous unprovoked ceasefire violations by India at the LoC. Pakistan urged the Indian government to stop the ceasefire violations and observe the 2003 Ceasefire Arrangement for restoration of peace at the LoC and the Working Boundary.