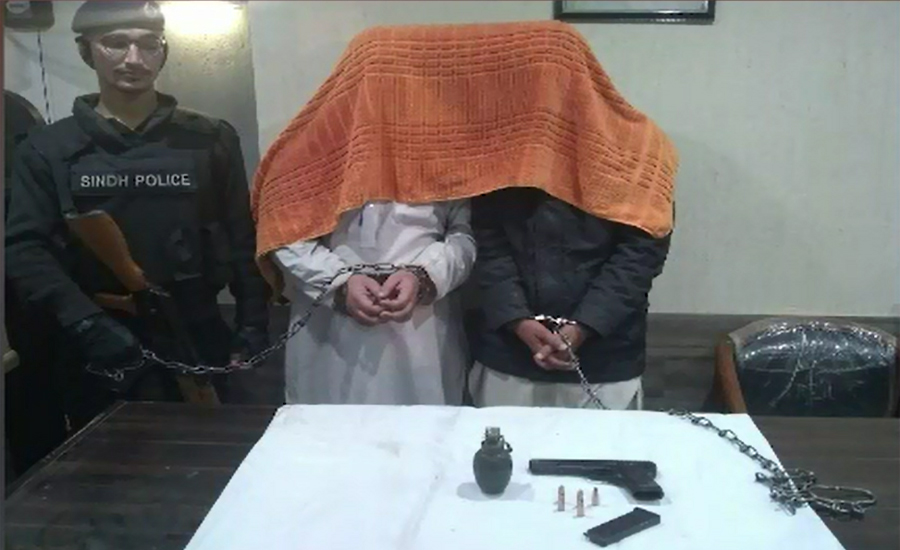 KARACHI (92 News) – Two key commanders of the Tehreek-e-Taliban (TTP) Swat Group were arrested by the Bahadarbad police in Karachi on Friday. According to the police, the commanders were identified as Rehmat Ali Shah alias Qari Sahib and Sabir Shah alias Mullah belong to Fazalullah and Javed Swati Group. Rehmat Ali Shah had blown up a police post in Buner, while Sabir Shah ran the TTP network near Kati Pahari. SSP East Ghulam Azfar Mehsar said that Sabir Shah had fled to Afghanistan via Quetta. He said that Sabir Shah is a close aide of TTP Swat Group’s commander Akhtar Zaman Shah. He said that a pistol and a hand grenade were recovered from the accused. The SSP said that the arrests were a big success of the police. DIG Amir Farooqi has appreciated the performance of the Bahadarbad SHO and announced cash prize ad commendation certificates.