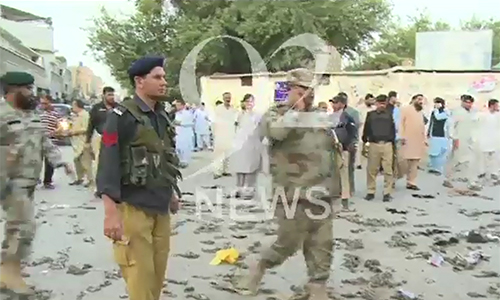 QUETTA (92 News) – Two cops embraced martyrdom, while as many were injured in a blast at Gwalmandi Chowk blast on Tuesday. Gunshots were also heard after the blast. The police shifted the deceased and injured to hospital. Law enforcement agencies have cordoned off the area. Balochistan Home Minister Sarfraz Bugti said that after getting information, a constable was checking the explosive when it exploded. "The elements who think that they will not let the alive nation to celebrate the Independence Day live in fool's paradise," he said.