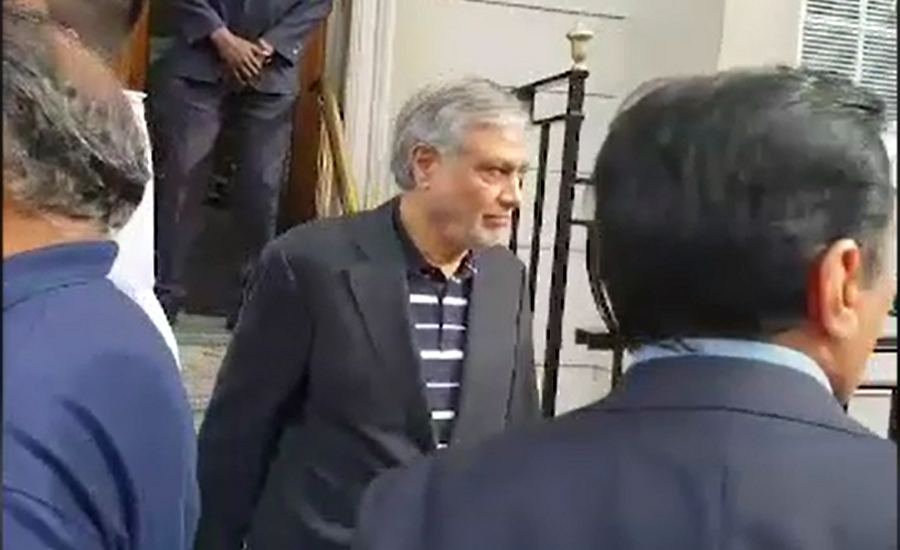 LAHORE (92 News) – The National Accountability Bureau (NAB) has sought the help of the Excise Department after two costly vehicles went missing from the house of former finance minister Ishaq Dar. In a letter on Saturday, the NAB stated that two vehicles are missing from the house of Ishaq Dar at Gulberg III. The Supreme Court had ordered to confiscate the property of Ishaq Dar. Earlier, the NAB seized the bank accounts and properties of former finance minister Ishaq Dar as an accountability court initiated proceedings against him in a corruption reference. On Sept 8, NAB had filed a reference against Dar, and three separate references against ousted prime minister Nawaz Sharif and his children. Directions to file the references came from the Supreme Court in its July 28 verdict, on the basis of an investigation report prepared by a Joint Investigation Team (JIT) consisting of officials of the Federal Investigation Agency (FIA), Inter-Services Intelligence, Military Intelligence, NAB, Securities and Exchange Commission of Pakistan and the SBP.