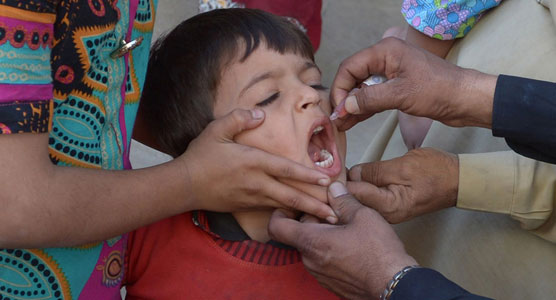 KARACHI (Web Desk) – First phase of anti-polio campaign has started in sensitive areas of the metropolis on Saturday, 92 News reported. The campaign has been launched on the directives of Commissioner Karachi Shoaib Ahmed Siddiqui. In the first phase, the campaign will be run in UC-2 Baldia, UC-9 SITE, UC-7 Orangi and UC-4 Gaddap Town during which 73,943 children below age of five will be vaccinated. Strict security arrangements are in place for protection of the polio workers.