Two-day mourning announced in Balochistan, Siraj to be laid shortly 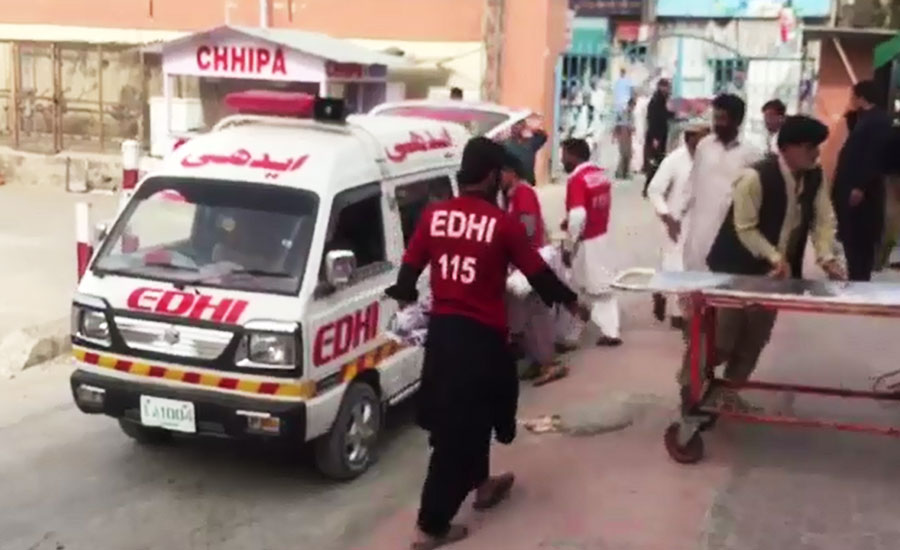 Two-day mourning announced in Balochistan, Siraj to be laid shortly

QUETTA (92 News) – The Balochistan government has announced two day mourning in the province over the tragic suicide bomb blast in Mastung on Friday, in which one hundred twenty-eight people were martyred and around two hundred others injured. Balochistan Awami Party Leader Nawabzada Mir Siraj Raisani was also martyred in the explosion during a corner meeting in Darin Garh area of Mastung district. The venue and time of funeral prayer of martyred Siraj Raisani was changed. Now the funeral prayers of Siraj Raisani will be offered at 4:30pm in Ayub Stadium. He will be buried at native graveyard in Kanak. Other martyred peoples' funeral prayers will also be offered at Mastung. Yesterday after blast, Siraj Raisani and others were injured and shifted to hospital where they succumbed to their wounds. His son was martyred in a blast a few years ago. Emergency has been declared in Quetta Civil Hospital. The attacker is said to be 25. Siraj Raisani, who is a candidate of Balochistan Awami Party and younger brother of former chief minister Aslam Raisani, was on way to the election campaign when the blast occurred. The Balochistan government has announced a public holiday on Saturday. All educational institutions will remain closed today. PTI chairman Imran Khan, PPP leader Syed Khurshid Shah and JI ameer Sirajul Haq have condemned the suicide attack on the convoy of Siraj Raisani. Meanwhile, the Election Commission of Pakistan has postponed the elections in PB-35 due to martyrdom of Siraj Raisani.