KARACHI (92 News) – At least two people were killed when the fire when an oil tanker caught fire on Super Highway in Karachi, setting few other vehicles in its ablaze. As per details, an over speeding oil tanker heading towards Hyderabad from Karachi collided with a car after which fire erupted leaving the tanker into flames. The inferno left two people dead including a woman and several others injured. After being informed, rescue officials reached the spot but due to intensity of the fire  they faced problem in dousing the blaze. 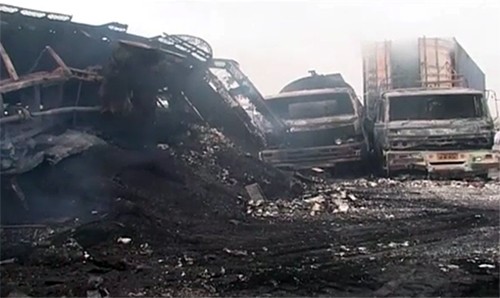