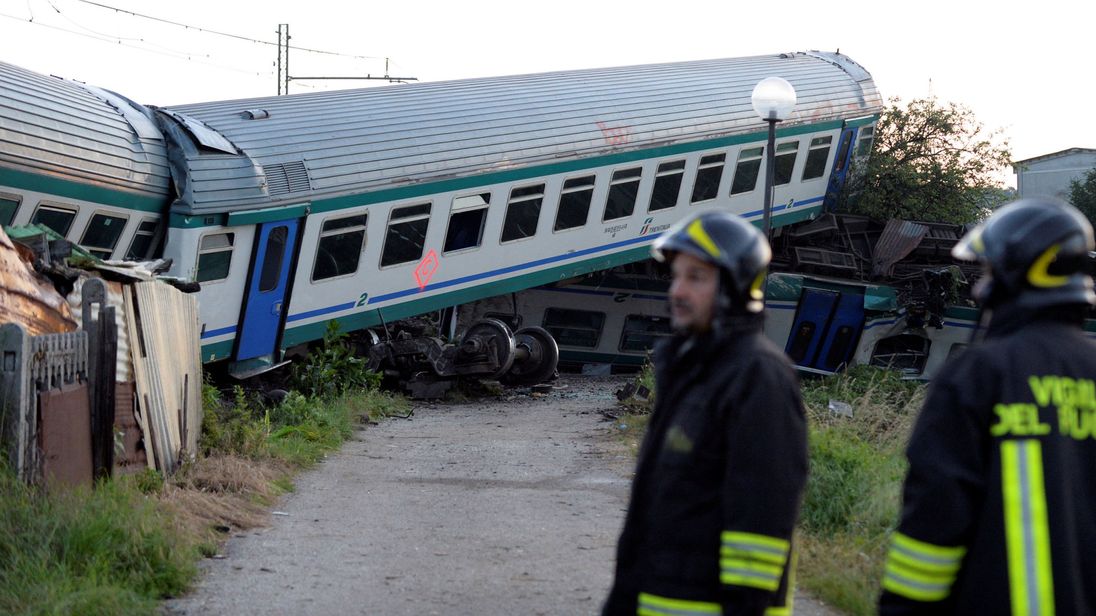 MILAN (Reuters) - Two people died and 18 were injured when a regional train crashed into a lorry in the northern Italian region of Piedmont, emergency services said on Thursday. The five-carriage train smashed into the lorry after the heavy goods vehicle broke through a level crossing and got stuck on the tracks between the towns of Rodallo and Caluso, Italy’s state train company said. The drivers of both the train and the lorry were killed. The local train connects the regional capital of Turin with the northern city of Ivrea. It was the latest in a series of deadly accidents on Italy’s rail network. In January three people were killed when a train derailed along a busy commuter route near Milan. In 2016, 23 people died when two trains collided in the southern region of Puglia.