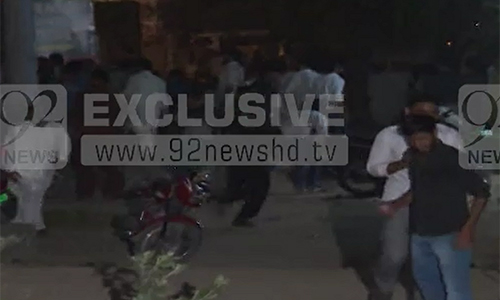 WAZIRABAD (92 News) – Two people were killed and three others injured in a clash between the workers of the Pakistan Muslim League-Nawaz (PML-N) and the Pakistan Tehreek-e-Insaf in Wazirabad on Wednesday. The violent people staged a demonstration by blocking the road. The PTI has strongly condemned the murder of the workers, demanding immediate arrest of the culprits.