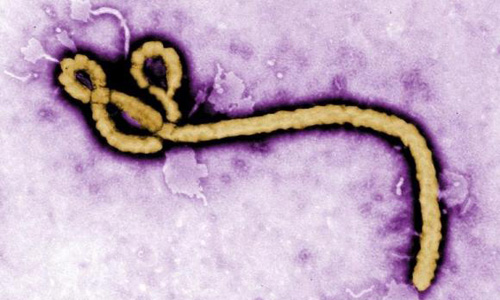 NEW YORK - Two experimental Ebola vaccines, one from GlaxoSmithKline PLC and the other from biotech start-up NewLink Genetics Corp, "appear to be safe" part way through a clinical trial being conducted in Liberia, the U.S. National Institutes of Health (NIH) said on Thursday. The two vaccines, each given in a single injection, are being tested for safety and efficacy on more than 600 people in Liberia in a mid-stage clinical trial sponsored by the National Institute of Allergy and Infectious Diseases, a branch of NIH. The Ebola epidemic that began in West Africa one year ago has killed more than 10,200 people, but a decline in new cases in the most affected countries, Liberia, Guinea and Sierra Leone, has led to hopes that it may be ending. Based on the encouraging safety results, the study may now advance to the next phase of efficacy testing, in which additional volunteers are injected with the GSK vaccine, the NewLink vaccine, or a dummy shot and assessed to see whether their immune system responds by producing anti-Ebola antibodies. No volunteers are intentionally exposed to the often-deadly virus. Instead, the immune response is considered an acceptable proxy for how effective the vaccine would be if someone were exposed. "We are grateful to the Liberian people who volunteered for this important clinical trial and encouraged by the study results," NIAID Director Dr. Anthony Fauci said in a statement. "Now we must move forward to adapt and expand the study so that ultimately we can determine whether these experimental vaccines can protect against Ebola virus disease and therefore be used in future Ebola outbreaks." The trial of the GSK vaccine, which was developed with NIAID scientists, and the NewLink vaccine, developed by the Public Health Agency of Canada and licensed to NewLink, began on Feb. 2 in Monrovia, Liberia. Neither the volunteers nor the researchers know who received which vaccine or the saline injection. The researchers will continue to enroll volunteers in the trial through late April, aiming for about 1,500 people. They especially want to enroll more women, who made up only 16 percent of the first group, to be sure there are no gender-based differences in immune response or side effects. The volunteers will be followed for at least a year, with blood samples tested six and 12 months after vaccination to determine how long the immune response lasts. - REUTERS