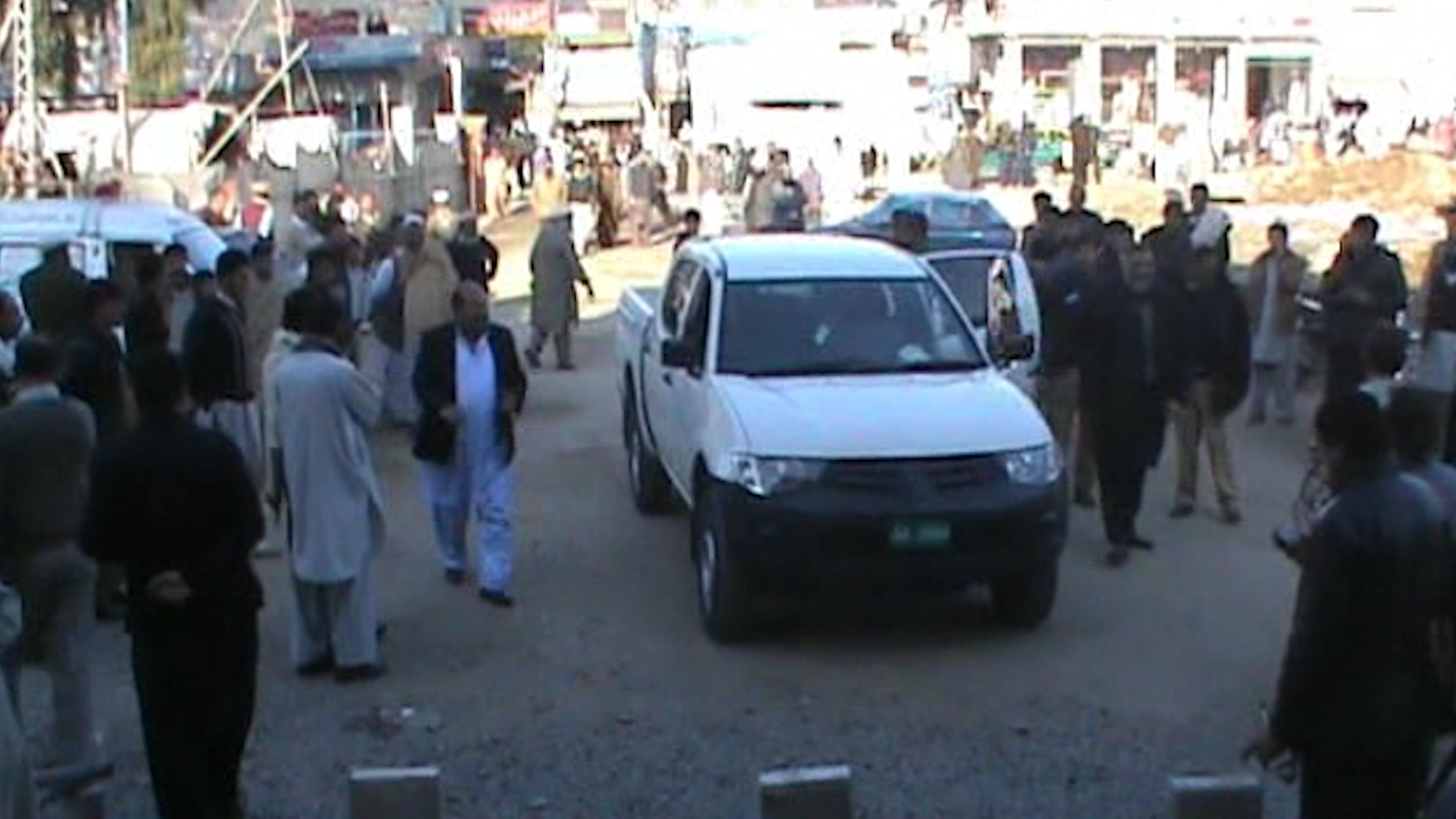 MANSEHRA (92 News) – A policeman and two female workers were killed in an attack by unknown gunmen on the polio team on Tuesday. The team was administering polio drops in an Afghan refugee camp and its surrounding areas when two gunmen opened fire on them, killing a lady worker and a policeman. Another lady worker was injured and taken to King Abdullah Teaching Hospital where she was pronounced dead. Meanwhile, Pakistan Tehreek-e-Insaf chairman Imran Khan has taken notice of the incident.