Two first-timers named as 2017 Oscar producers, no host yet 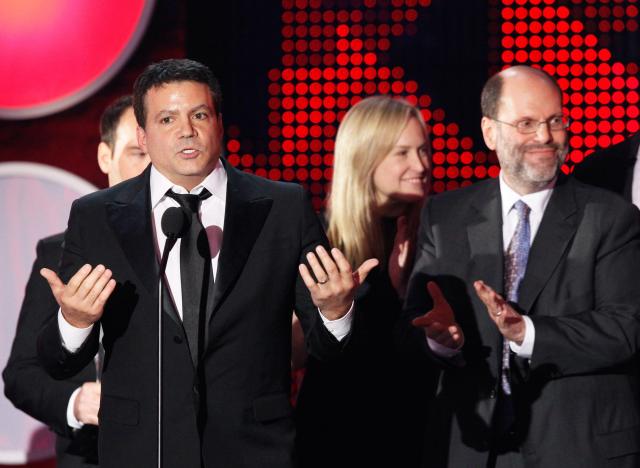 Two first-timers named as 2017 Oscar producers, no host yet

WASHINGTON – The Academy of Motion Picture Arts and Sciences on Friday named two first-timers as producers of next year's Oscars show, the first step in planning the ceremony and choosing a host. Hollywood movie and television producers Michael De Luca and Jennifer Todd will produce the Feb. 26, 2017, show that will be broadcast around the world, the Academy said in a statement. It will be the first time that De Luca, a producer of movies including "The Social Network" and "Fifty Shades of Grey," and Todd, whose credits include the "Austin Powers" comedy spy franchise, have produced the Oscars ceremony, where the highest honors in the film industry are handed out. Academy CEO Dawn Hudson said the pair had "shared an early vision for the show that is inspired and in keeping with the films they’ve produced: entertaining, unexpected and of the highest caliber." The Academy has been unusually late this year announcing who will produce the 2017 ceremony, or host it. U.S. talk show host and comedian Jimmy Kimmel has been widely mentioned as a potential host but Hollywood trade publication Variety on Friday reported that Kimmel was now said to be out of the running for the high-profile job, one of the trickiest balancing acts in show business. Black comedian Chris Rock hosted the 2016 Oscars amid a controversy over the all-white acting nominee lineup and the wider lack of diversity in the industry. The show drew the lowest U.S. TV audience in eight years with just 34 million viewers. The Oscar producers have a major say in deciding who will host the more than three-hour show, and also in imparting its tone, theme and look. Recent hosts have included TV star Neil Patrick Harris, Ellen DeGeneres and Seth MacFarlane. –Reuters