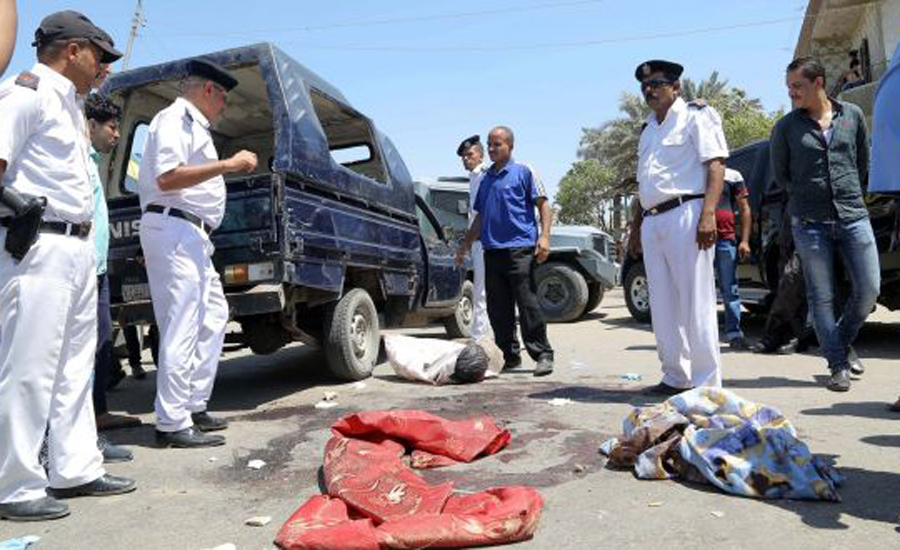 The knifeman killed the two German women, and wounded two other tourists at the Zahabia hotel in Hurghada and then swam to a neighbouring beach to attack at least two more people at the Sunny Days El Palacio resort before he was arrested, officials and security sources said.

"He had a knife with him and stabbed each of them three times in the chest. They died on the beach," the security manager at El Palacio hotel, Saud Abdelaziz, told Reuters.

"He jumped a wall between the hotels and swam to the other beach."

Abdelaziz said two of the injured were Czech and two Armenian. They were being treated a local hospital. The Czech foreign ministry tweeted that one Czech woman sustained a minor leg injury.

The attacker's motive was still under investigation, the interior ministry said.

Egypt is fighting Islamist insurgents in the Sinai Peninsula where they mainly target security forces but militants have also attacked tourism targets as well as Coptic Christians and churches.

Hurghada, some 400 km (250 miles) south of the capital Cairo is one of Egypt's most popular vacation spots on the Red Sea.

Security and medical sources had earlier reported the two women killed were Ukrainians, but Major Gen. Mohamed El-Hamzawi, security manager of Red Sea province, told Reuters they had been identified as Germans.

In January 2016, two assailants armed with a gun, a knife and a suicide belt landed on the beach of a hotel in Hurghada, wounding two foreign tourists.

Friday's attack came on a day that five policemen were killed by gunmen on a motorbike who ambushed their car just south of Cairo. –Reuters