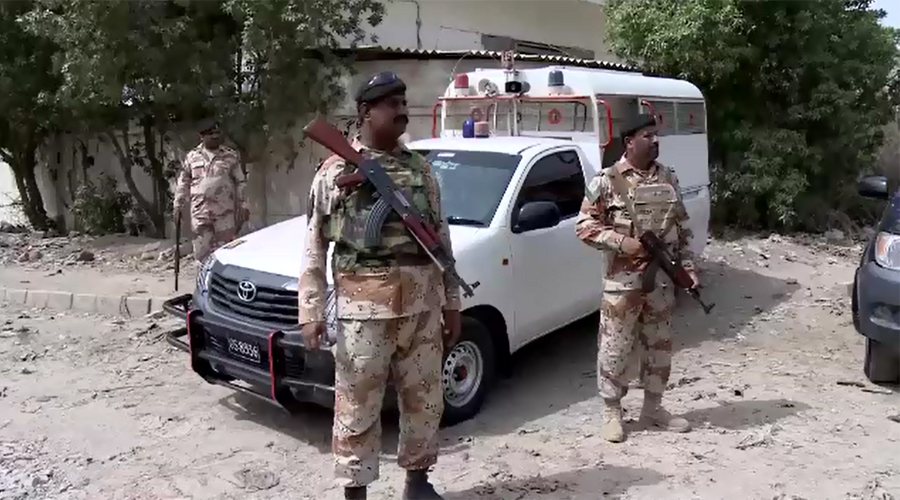 KARACHI (92 News) – The Rangers arrested two imposters in different raids in Gulshan Iqbal and Gulistan Johar on Friday. The Rangers spokesman said that weapons, Rangers uniforms, fake number plates and cards were recovered from the accused Farid Qureshi and Muhammad Abid. He said that the accused used to make fake arrests, receive extortion and occupy properties illegally posing themselves as Rangers officers. He added that the accused Farid alias Captain Ali had been the MQM Unit in-charge in 1993.