LAHORE (92 News) – In another fatal accident which apparently was caused by dense fog, at least two people were killed and 10 injured near Lahore’s Sheikhupura Interchange early on Tuesday. As per details, the reports said that accident took place at motorway near Sheikhupura Interchange in Lahore where more than 15 vehicles collided with each other. The rescue teams reach the spot and are shifting the injured people to nearby hospitals. The crash forced the closure of the motorway. 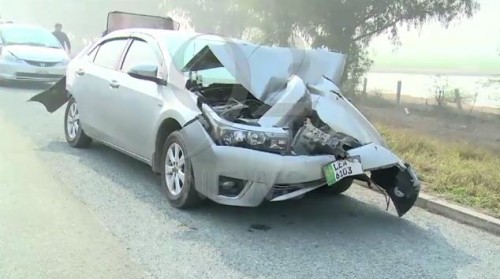