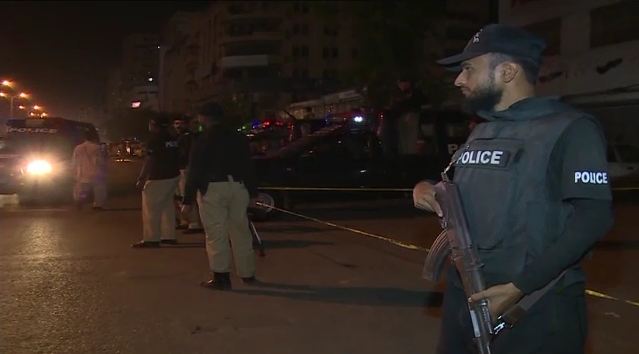 KARACHI (92 News) – At least two accused were killed and two others managed to escape during an alleged police shootout in Karachi’s Pak Colony on Friday. As per details, on a tip off the presence of criminals in the area, police carried out a raid in Karachi’s Pak Colony and gunned down two accused, while two other managed to flee. Police have also recovered weapons and hand grenades from the possession of the accused. The law enforcers have launched a search operation for the arrested of the runaway accused.