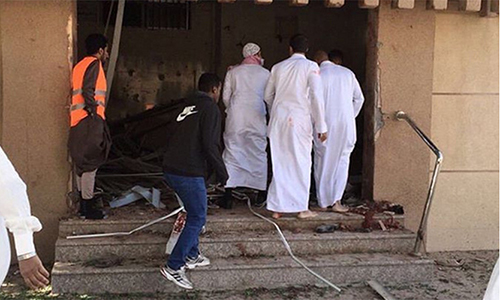 DUBAI – Five  people were killed and seven others were wounded in a bomb and gun attack on a mosque in the east of Saudi Arabia, the Interior Ministry said on Friday.

"When security men stopped them, one blew himself up at the entrance of the mosque and there was an exchange of fire with the other. He was wounded and arrested wearing an explosive belt," the spokesman said. –Reuters