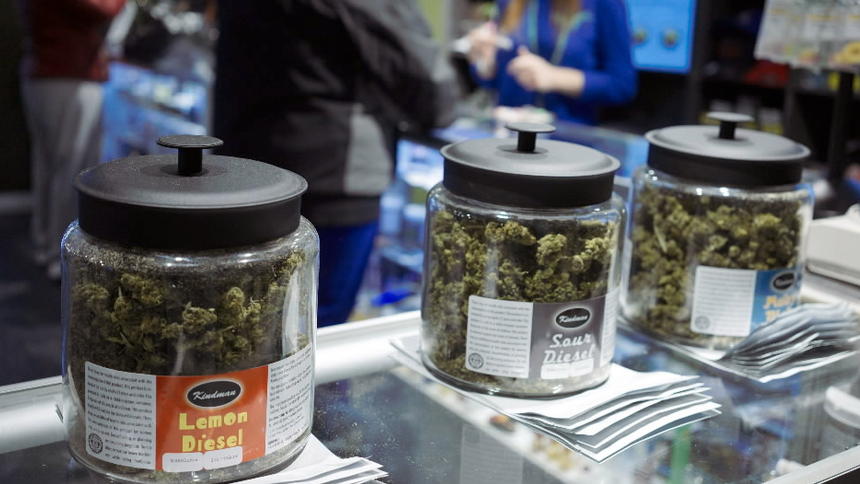 DENVER (Reuters) - Two lawsuits seeking to shut down Colorado's recreational marijuana industry were filed on Thursday by state residents who say legalized pot violates federal racketeering laws, hurts business and diminishes property values. The complaints, one aimed at state government officials and the other at marijuana businesses, were filed in U.S. District Court in Denver by a hotel operator and the owners of a Colorado horse ranch. Colorado is among four states where voters have approved the possession and sale of marijuana for recreational purposes, although pot is illegal for any purpose under federal law. President Barack Obama's administration has allowed states that permit medicinal or recreational marijuana leeway in regulating its use. In a news conference to announce the lawsuits, the plaintiffs' lawyer, David Thompson, accused Obama of turning a blind eye to the enforcement of federal drug laws, saying: "In this country, only Congress can change federal law, not the president." Thompson, a lawyer with Safe Streets Alliance, a Washington-based organization aimed at reducing youth drug use and violence, said Colorado's regulatory scheme amounted to an illegal drug conspiracy and as such was "a quintessential racketeering enterprise." The hotel operator's lawsuit said: "Marijuana businesses make bad neighbors. They drive away legitimate businesses customers, emit pungent, foul odors, attract undesirable visitors, increase criminal activity, increase traffic, and reduce property values." Another plaintiff, Hope Reilly, told reporters she planned to open an animal-assisted therapy program for children on the 105-acre horse property she owns in the south of the state. "Having a recreational marijuana cultivation facility next door interferes with that," she said. In December, Colorado's marijuana laws were challenged in the U.S. Supreme Court by the neighboring states of Nebraska and Oklahoma, which say marijuana sold in Colorado has been smuggled across state lines. The Colorado Attorney General's Office has vowed to defend against that lawsuit, and a spokeswoman for the office said on Thursday the agency would likewise fight the latest legal action in order to uphold state law. The owners of the marijuana businesses named as defendants in the lawsuit could not immediately be reached for comment, but supporters of the industry spoke in favor of the state's regulatory efforts. Democratic State Representative Jonathan Singer said Colorado had reaped millions in taxes and fees for much-needed programs since recreational cannabis became legal. "The sky hasn't fallen," Singer said. "We have to stop rehashing the fights of old."