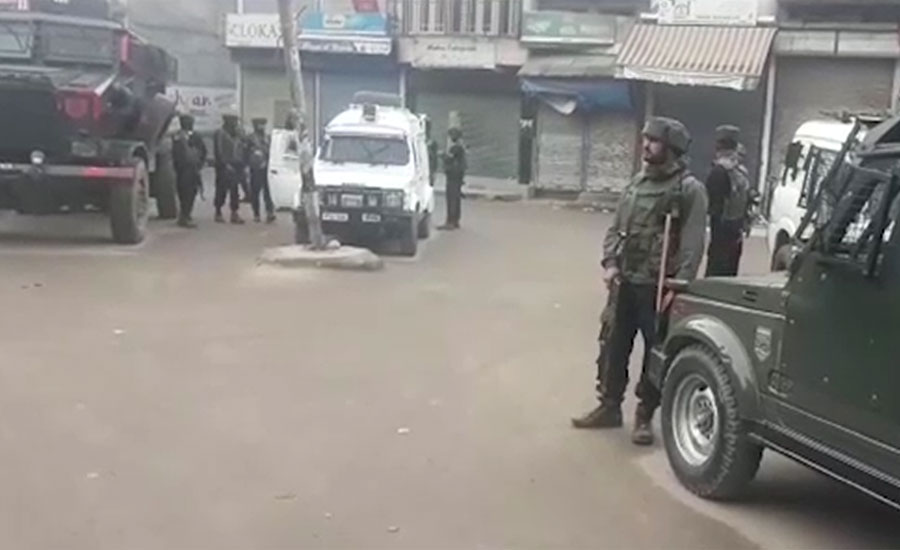 SRINAGAR (92 News) - In yet another act of brutal state terrorism, two Kashmiri youth were martyred by Indian military forces in Shopian district of Indian-occupied Kashmir on Friday.

The innocent youngsters lost their lives after security officials opened fire during so called house to to house search and sweeping operation.

On the other hand, India has decided to send another 10,000 troops to IOK. The Indian interior ministry issued an executive order in this regard on Saturday.

On July 5, a Kashmiri youth was martyred by Indian security forces who took part in a search operation in Shopian district.

Military forces and police searched house to house in the name of checking. The personnel also fired at innocent Kashmiris and martyred a youth.

Soon after the death of Kashmir youth, the so-called administration of the district suspended cell phone and internet services.

On June 11, two youth had been killed by Indian Army’s 1 Rashtriya Rifles, Central Reserve Police Force and Special Operation Group during a violent cordon and search operation in Awneera area of the district.

An Indian official claimed that two suspected militants were killed in the gunfight and the identity of the slain is being ascertained, he said, adding searches are underway in the area.

Another youth was martyred in Islamabad district in occupied Kashmir during a cordon and search operation in Nowgam, Verinag on June 8.

In April, the occupying Indian army martyred 13 Kashmiris, including a young boy.

The Indian atrocities have been continuing in the occupied territory of Kashmir despite voices raised by Pakistan and other countries on international forums especially the United Nations.