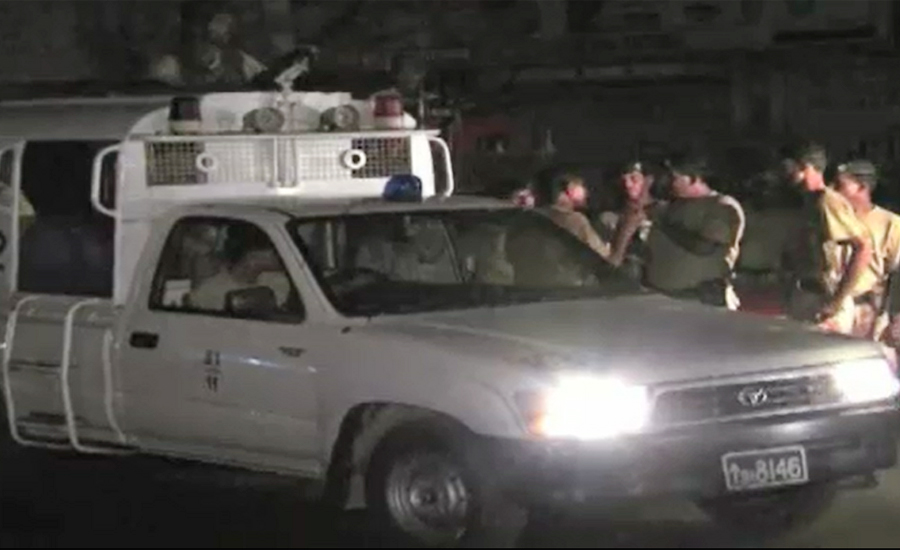 KAARCHI (92 News) – Two officials were injured in a blast near a check-post of the Rangers at Hub on Saturday. The Rangers spokesman said that a suspect had tried to enter Sindh from Balochistan. The suspect opened fire on the officials when they tried to stop him. The Rangers also retaliated and as a result, the suicide jacket of the accused exploded. After the incident, security forces reached the spot and shifted the injured to hospital. A search operation has been launched in the area.