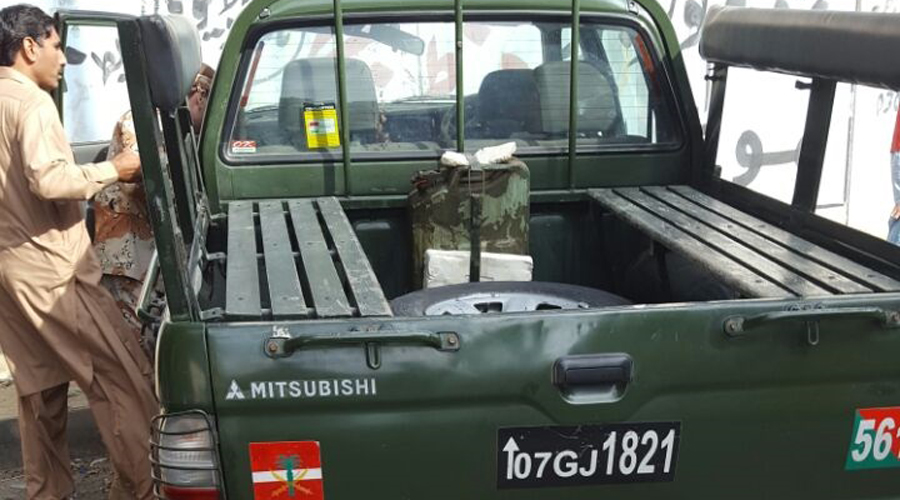 KARACHI (92 News) – Two security officials were martyred when unknown attackers opened fire on their vehicle near Sadr Parking Plaza on Tuesday. The officials were identified as Razzaq and Khadim. A heavy contingent of police and Rangers reached the spot and cordoned the area. Additional IG Mushtaq Mehr said that they were collecting the evidence. “It will be premature to say anything about the attackers,” he said. He added that the attackers fired shots from a 9MM pistol. According to the ISPR, two Army Jawans have been martyred in terrorism in Karachi. The martyred jawans were on duty and the incident occurred near Sadr Parking Plaza. Meanwhile, President Mamnoon Hussain and Prime Minister Nawaz Sharif have condemned the incident and demanded a report on the incident. On the other hand, former presidents Asif Zardari and General (retd) Pervaiz Musharraf has also condemned the incindet.