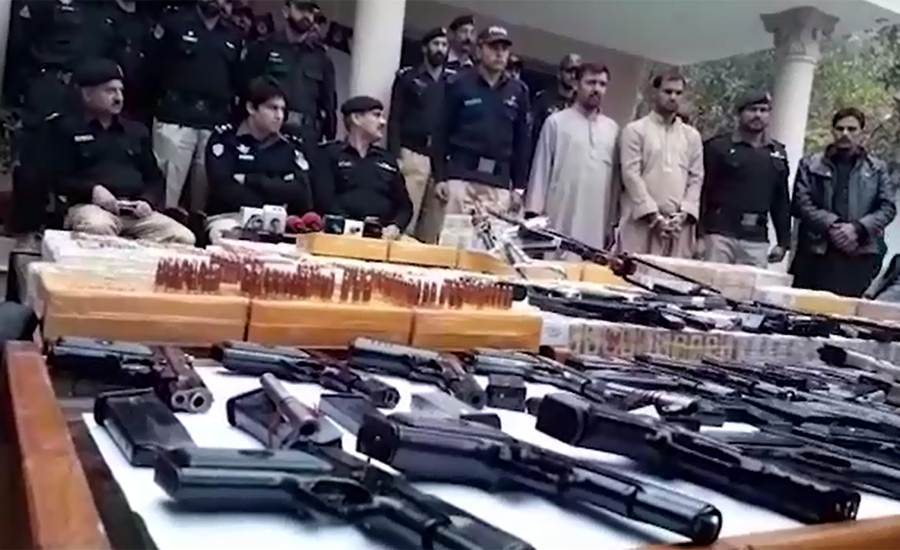 MANSEHRA (92 News) – The police arrested two smugglers and recovered a huge quantity of arms from them on Tuesday. The gang was involved in inter-provincial activities. The recovered weapons include 55,000 rounds of bullets, 40 pistols, two mausers, two 222 and 96 magazines. The weapons had been brought from Peshawar and had to be supplied in Shangla and Mansehra.