RAWALPINDI (92 News) – Two soldiers embraced martyrdom in a terrorist attack from inside Afghanistan in Bajaur District on Sunday.

According to Inter-Service Public Relation (ISPR), terrorists from inside Afghanistan  opened fire on a military post in Bajaur District.

Pakistan Army troops responded in a befitting manner. As per intelligence reports, due to fire of Pakistan army troops, 2-3 terrorists were killed and 3-4 terrorists got injured. In an  exchange of fire, Sepoy Jamal of Mardan (age 28 years)  and Sepoy Ayaz of Chitral (age 21 years) embraced martyrdom. 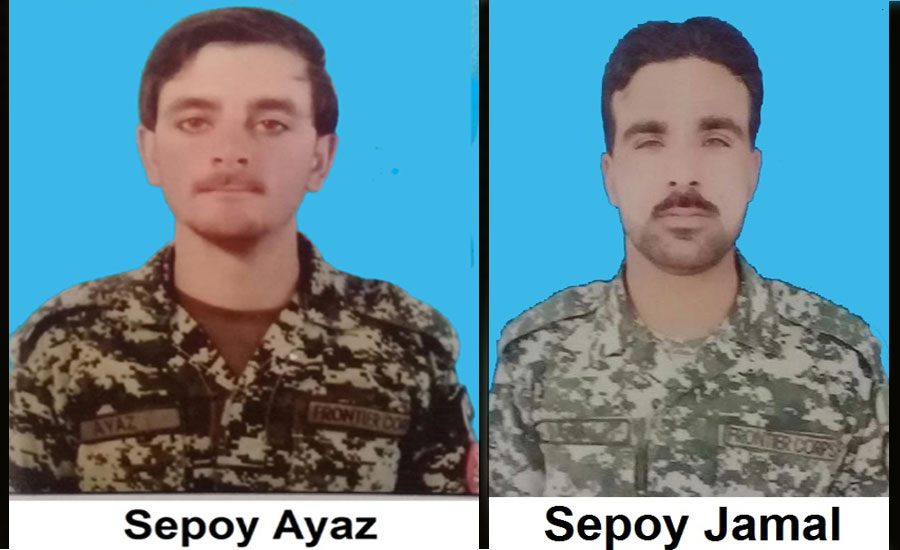