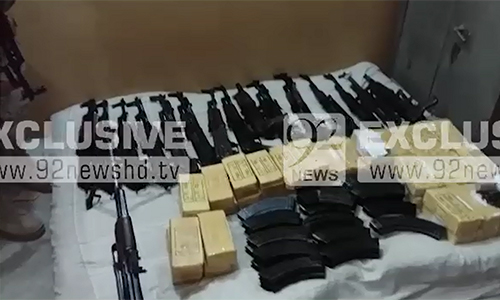 KARACHI (92 News) – The Rangers arrested two target killers and recovered a huge weapons cache from them in Karachi on Saturday. The raid was conducted on the house of former sector in-charge of a militant wing. An LMG, 15 SMGs and thousands of live bullets were recovered from the target killers.