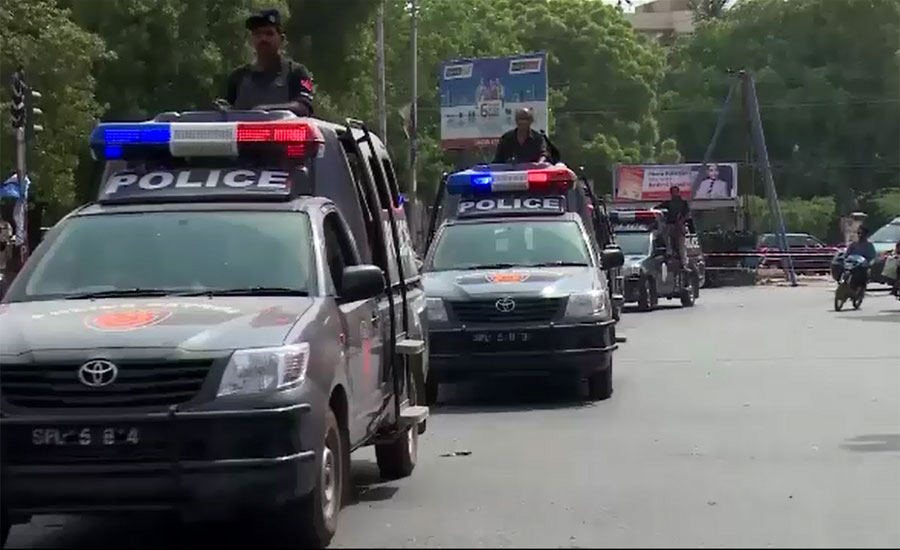 KARACHI (92 News) – The Sindh Police and Rangers on Sunday arrested two target killer of Muthaida Qaumi Movement-London (MQM-L) from Karachi’s area of Gulshan-e-Iqbal. According to the details, MQM-L’s target killer was nabbed from Disco Bakery, an area of Gulshan-e-Iqbal, Karachi and the security officials recovered modern weapons from the target killers. Accused Naseem the weapons were recovered from Hill Park on the information revealed by accused Naseem. According to the police, three 9MM pistols, one sniper gun, made by Russian structure, and one 30 bore pistol among other weapons recovered from Hill Park, while the sniper gun has 1KM target to hit range. Meanwhile, accused Naseem also confessed that he was released and removed all the cases against him on the basis of NRO when the MQM cam into rule. The police also claimed that the accused also confessed to kill the teeth doctor in Orangi Town in 1988, whereas, he was arrested from Orangi Town in 2011 with five Kalashnikov. The rangers also arrested the MQM –L target killer from Gulshan-e-Iqbal, who was involved in the murder of eight people, and fled from the scene after Karachi operation. The arrested killers were involved and wanted to LEAS in many heinous crimes of murders and others in the metropolis. They also played an active role in clash between MQM and Lyari gang war and also killed one in 2013. The arrested target killer was later handed over to the police by Sindh Rangers.