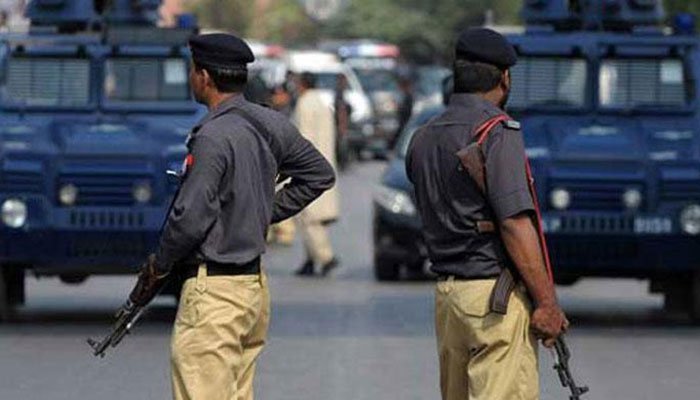 GUJRANWAL (92News) – The Counter Terrorism Department (CTD) of the Punjab police officials killed two allegedly terrorists during an encounter in Gujranwala on Sunday. According to CTD, the deceased were allegedly terrorists identified as Kashif and Abdul Rehman. CTD claimed that those killed were allies of driver Zishan killed in CTD encounter in Sahiwal. The CTD also claimed that Kashif and Abdul Rehman were living at the house of Zeeshan in Lahore and they fled after Sahiwal incident. The CTD obtained information about the suspects from intelligence agencies. However, they were wearing suicide vests at the time of encounter. According to the sources, the CTD was searching these terrorists with the help of intelligence institutions for one year and they also admitted that Khaleel’s family did not know about Zeeshan. The purpose of Zeeshan was to shift the explosives materials at Kahnewal with the help of Khaleel’s family. Earlier, four persons, including a husband, wife and their teenage daughter, were killed while their minor son received bullet wounds in an alleged shootout in Sahiwal on Saturday. The police said they had killed a local commander of militant organisation Daesh and three others in the operation. Eyewitnesses, however, disputed the claim and said the people in the car did not fire at officials, nor were any explosives recovered from the vehicle. On the other hand, Prime Minister Imran Khan has taken notice of the Sahiwal incident and ordered to make the facts public. Punjab Chief Minister Usman Buzdar phoned the IGP Punjab and hold investigations into the incident. On the other hand, IGP Punjab Amjad Javed Saleemi has demanded a report from the RPO within 24 hours. Federal Minister for Information Fawad Ch said that the deceased were big terrorists. “According to the initial investigations, the terrorists had used the women as a shield,” he added.