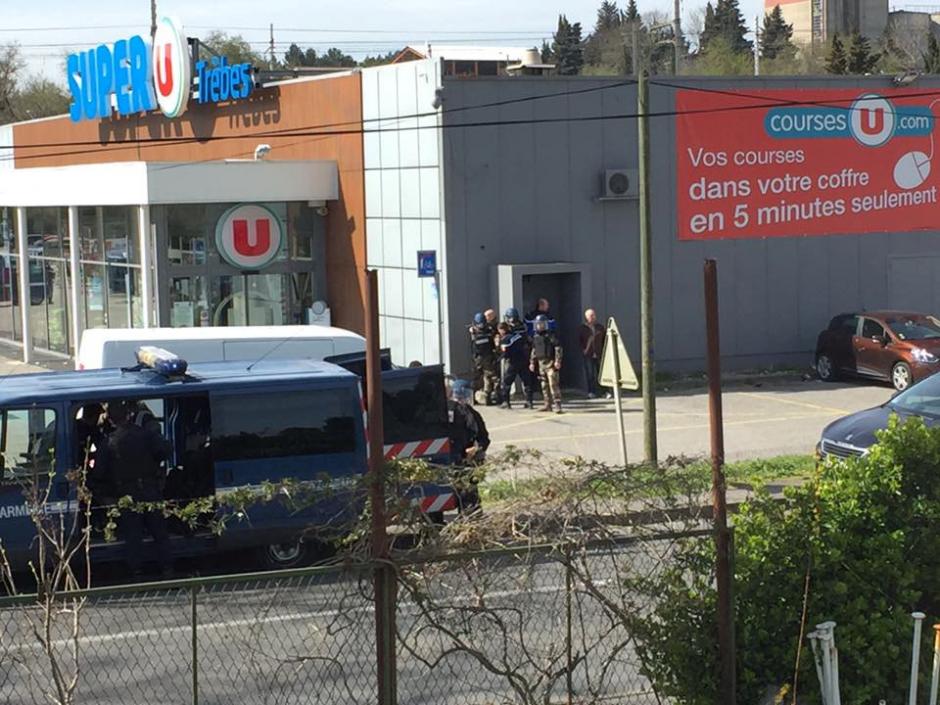 PARIS (Reuters) - There are two victims in a hostage taking at a supermarket in Trebes southern France, the mayor of the town said on Friday as La Depeche du midi newspaper reported one person was dead.

The condition of the two victims was not immediately known.

Mayor Eric Ménassi told BFM TV that the hostage taker was now alone with one police officer in the supermarket and all other hostages had been freed.

Prime Minister Edouard Philippe described the situation, which investigators are treating as terrorism, as “very serious” and Interior Minister Gerard Collomb is heading to the site, his ministry said.