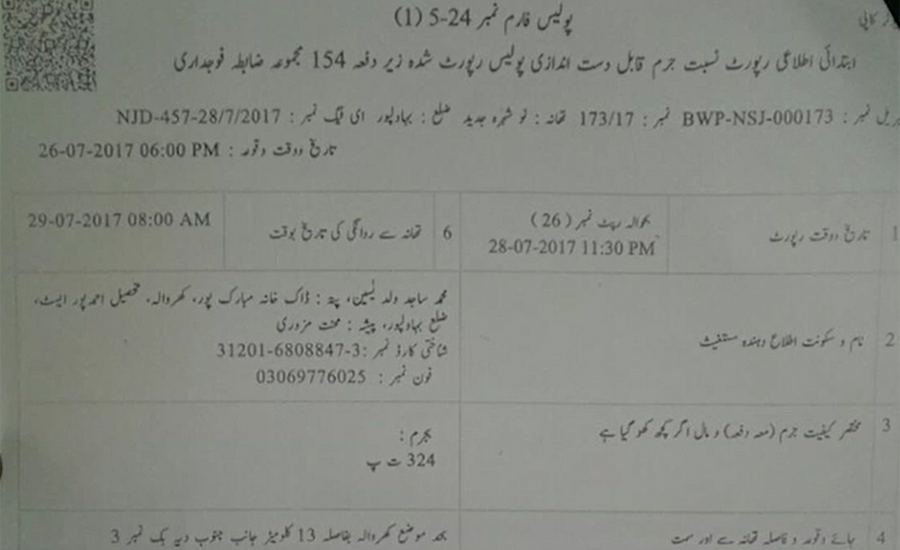 AHMEDPUR EAST (92 News) – Some people threw a two-year-old boy on burning coals over enmity with his father on Saturday. The toddler received severe burns and was shifted to Mubarikpur Hospital. The Bahawalpur SP Investigations has taken notice of the incident. He also ordered the arrest of an ASI for not registering the case and pressurizing the victim’s father to reach a compromise with the accused. The victim’s father said that they had brought the boy to hospital on the first day, but Dr Shahbaz refused to treat the boy. He said that the boy was admitted on the interference of deputy superintendent. He alleged that Dr Shahbaz was using delaying tactics in issuing the MLC.