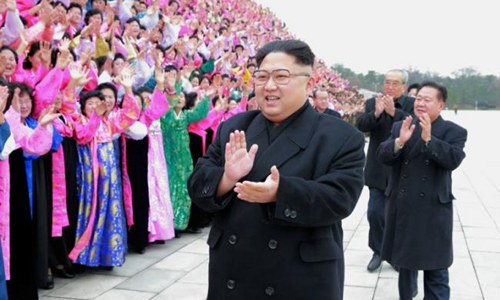 NEW YORK- The U.N. Security Council's five veto powers are close to approving new sanctions on North Korea to cut the isolated state's earnings from exports by more than a quarter, principally by targeting its coal exports to China, diplomats said on Friday. The U.S.-drafted resolution, in response to North Korea's fifth nuclear test in September, would set a U.N. cap on North Korean coal exports with the aim of cutting hard currency revenues by at least $700 million. The resolution would also restrict North Korea's maritime and financial sectors. If successful, it could cut the country's $3 billion in annual export earnings by at least $800 million, U.N. Security Council diplomats said.
The restrictions on coal would bar exports connected to individuals involved in North Korea's weapons programs, said the diplomats, who did want to be identified as discussions were still under way. The new resolution would also target other North Koreans individuals and entities, they said.
Diplomats said on Wednesday that the United States and China had agreed on new U.N. sanctions to impose on North Korea, but Russia was delaying action on a draft resolution. A senior U.N. Security Council diplomat who spoke on Wednesday believed China could persuade Russia to agree to the new sanctions and that the 15-member Security Council could vote on the draft resolution as early as next week. The United States and China, a close ally of North Korea, have been negotiating a new draft Security Council resolution to punish Pyongyang since North Korea's fifth and largest nuclear test on Sept. 9. The draft text was recently given to the remaining three permanent council veto powers - Britain, France and Russia. Chinese Foreign Ministry spokesman Geng Shuang said this week China supported further Security Council action in response to North Korea's nuclear test, but details of the draft resolution were still being discussed. The aim of the draft resolution is to close loopholes in sanctions imposed in March, following Pyongyang's fourth nuclear test in January. The March sanctions banned the 193 U.N. member states from importing North Korean coal, iron and iron ore unless such transactions were for "livelihood purposes" and would not generate revenue for Pyongyang's nuclear and missile programs. U.S. officials said China is now the only importer North Korean coal. After a fall in exports following the announcement of the March sanctions, North Korean exports of coal rose again and 2016 totals are expected to exceed those for last year, they said. -Reuters