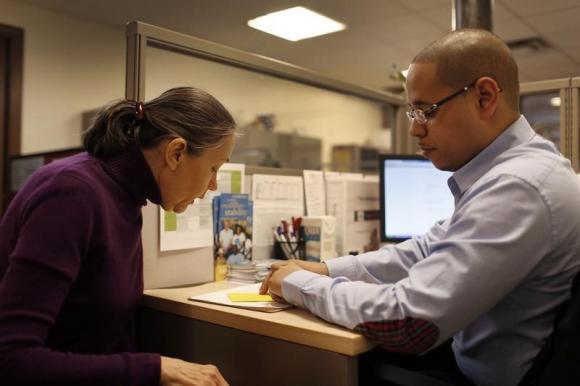 (Reuters) - A day before the open enrollment deadline for private health coverage under Obamacare, some consumers were unable to submit applications because of "intermittent issues" with income verification, the U.S. Health and Human Services Department said on Saturday. The agency, which announced the problem in a statement on Saturday afternoon, said nearly six hours later that it had been resolved ahead of the Feb. 15 deadline. The department did not say how many people were affected. It said in a statement that it had worked with the Internal Revenue Service to fix the problem. The department said consumers who were affected should log into their account on the HealthCare.gov website and click on their 2015 application to finish it and complete their enrollment for coverage. "Starting tomorrow, we will be reaching out to those consumers who were unable to complete their application to let them know they should come back to HealthCare.gov or contact the call center to complete their enrollment," the agency said. The department said anyone who was unable to submit an application because their income could not be verified due to this or any other technical problem will receive an extension for enrollment. A senior U.S. health official said last week that nearly 7.5 million people had signed up for 2015 Obamacare health plans through the federal exchange, and that demand was increasing as the Feb. 15 deadline approached. Enrollment for individual plans, created as part of Obamacare, formally known as the Affordable Care Act, opened for the second year of coverage on Nov. 15. The plans are sold on HealthCare.gov for 37 states. The other 13 states plus Washington, D.C., run their own websites. The Obama administration said on Monday that 2015 Obamacare subsidies are averaging $268 a month for people in the 37 states who have qualified for federal assistance. An administration statement said subsidies had reduced average monthly premiums to $105 as of Jan. 30 for 6.5 million people who qualified through the federal website.