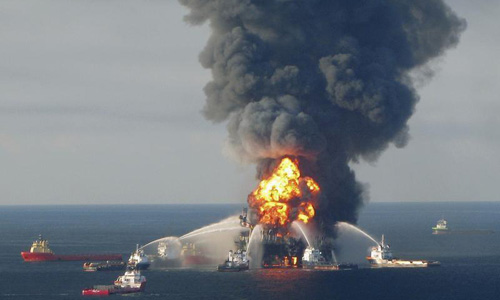 WASHINGTON (Reuters) - The U.S. government is appealing a federal court ruling that reduced the potential penalty BP Plc must pay for the 2010 Gulf of Mexico oil spill by almost $4 billion. The appeal, which was filed on Friday in U.S. District Court in New Orleans, challenges a January decision by U.S. District Court Judge Carl Barbier that set the size of the spill at 3.19 million barrels. The appeal did not detail what aspects of Barbier's ruling it was challenging. The government had estimated the size of the spill at 4.09 million barrels and BP at 3.26 million. BP could have been fined a maximum of $17.6 billion under the Clean Water Act but Barbier's ruling on the spill size lowered the potential figure to $13.7 billion. BP has incurred more than $42 billion of costs for the spill, including for clean up, fines and compensation for victims. About 810,000 barrels were collected during the clean up.