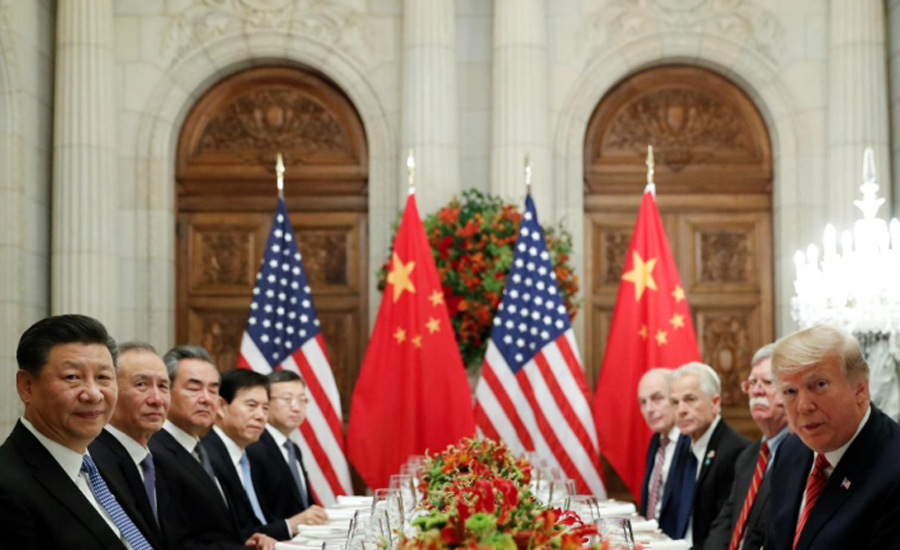 WASHINGTON (Reuters) – The United States expects China to take immediate action to cut tariffs on U.S. car imports and end intellectual property theft and forced technology transfers as the two countries move toward a broader trade deal, a White House official said on Monday.
President Donald Trump and Chinese President Xi Jinping on Saturday agreed to a ceasefire in a trade war that has seen the flow of hundreds of billions of dollars worth of goods between the world’s two largest economies disrupted by tariffs.
The two leaders agreed to hold off on imposing more tariffs for 90 days starting Dec. 1 while they negotiate a deal to end the dispute following months of escalating tensions. Global markets rose on Monday to their highest levels in about three weeks on the news. On Wall Street, the Dow Jones Industrial Average, the S&P 500 and the Nasdaq Composite all gained more than 1 percent.
U.S. soybean futures rose to their highest level since at least August, part of a broader commodities rally.
China offered more than $1.2 trillion in additional commitments on trade at the dinner between Xi and Trump on Saturday, Treasury Secretary Steve Mnuchin said on Monday. White House economic advisor Larry Kudlow said the figure was a broad benchmark that would depend on private transactions for U.S. goods and was subject to market conditions.