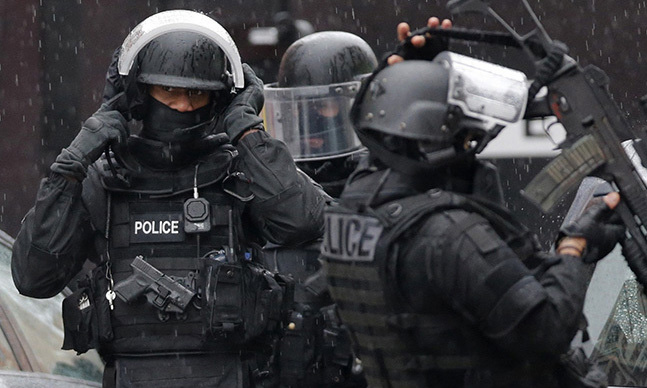 WASHINGTON - The United States said on Wednesday it had information of "possible terrorist threats" to locations frequented by Westerners in Uganda's capital, Kampala, and warned that an attack could take place soon. The U.S. Embassy in Kampala issued the warning in a statement posted on its website. "The U.S Embassy has received information of possible terrorist threats to locations where Westerners, including U.S. citizens, congregate in Kampala, and that an attack may take place soon," it said. "Out of an abundance of caution, the U.S. mission has canceled some non-essential events scheduled at local hotels in the coming days," it added. Uganda is a close security ally of the United States in East Africa. The embassy issued similar alerts last year about possible attacks in Uganda. The embassy cautioned that foreigners staying in or visiting hotels should expect increased security sweeps. Uganda is one of the countries that contributes forces to an African Union peacekeeping mission battling the Islamist militant group al Shabaab in Somalia. Al Shabaab, which is aligned with al Qaeda, attacked a shopping mall in Nairobi, capital of neighboring Kenya, in 2013. In 2010, it bombed sports bars in Uganda where people were watching soccer's World Cup on television. Dozens were killed in both attacks. - REUTERS