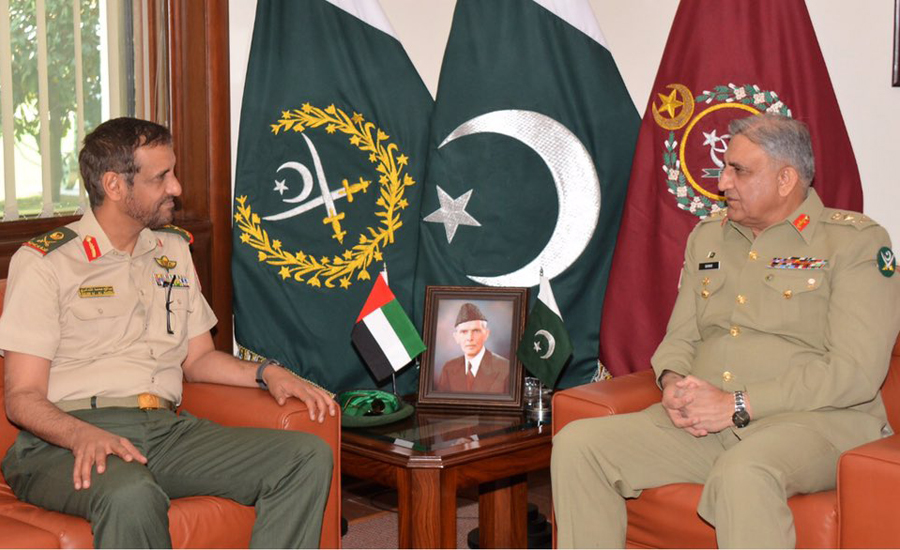 RAWALPINDI (92 News) – Maj Gen Saleh Mohammad Saleh Megren Al-Ameri, Commander of UAE Land Forces, called on COAS General Qamar Javed Bajwa on Monday. According to a press release issued by the ISPR, regional security situation and cooperation in the fields of defence, security and military training between both the armies discussed. The visiting general appreciated Pak Army’s efforts in fight against terrorism. Earlier on arrival at GHQ, the Commander of the UAE Land Forces laid floral wreath at Yadgar-e-Shuhada where he was presented the guard of honour.