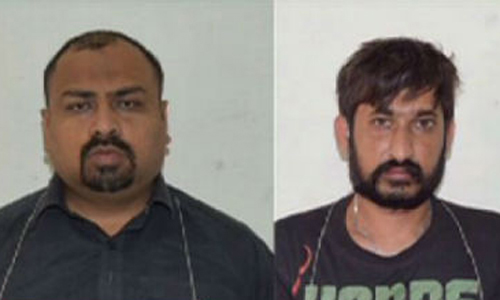 KARACHI (92 News) – An anti-terrorism court sent three MQM workers, including Ubaid K2 and Nadir Shah, to jail on Saturday. Ubaid K2, Faisal Motta and Nadir Shah arrested from Nine Zero on the charge of possessing illegal weapons and explosive material were produced in court. The police requested the court to extend their judicial remand. Faisal Motta has been awarded death in the Wali Babar murder case, while Ubaid K2 and Nadir Shah have been identified in several murder cases. Meanwhile, Fahad, Faizan, Bilal and Shiraz have been remanded in police custody for 14 days.