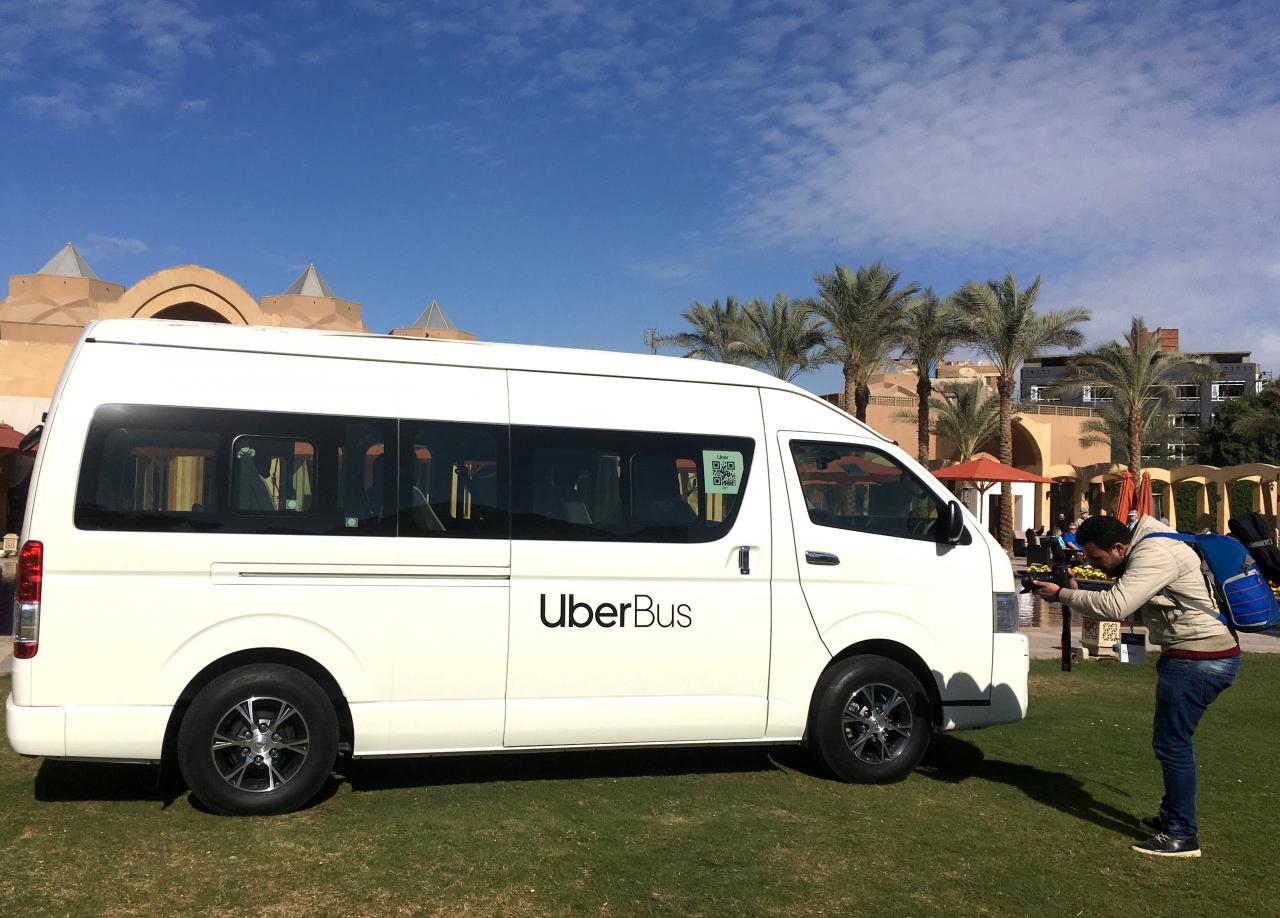 CAIRO (Reuters) - Uber Technologies Inc has launched a bus-booking service in Cairo, the company’s chief executive said on his first visit to Egypt on Tuesday, as the company aims to tap a sprawling low-income market. The company also announced a new Uber Lite app that, from early next year, will allow users with basic Android phones and little connectivity to book trips in the Middle East. “There are millions of people in Egypt and around the world who still face real barriers to using Uber,” CEO Dara Khosrowshahi said, adding that the new products will make the company’s services more accessible. Egypt is home to more than 5 million Uber users, he said, adding that the company is also investing more than $100 million in an Egyptian customer support center. “Egypt and the Middle East region are hugely important to Uber and we will continue to heavily invest in this part of the world,” Khosrowshahi said. The new bus service will be the cheapest of Uber’s services in Cairo, he said. Uber has been testing the service since September and will expand across Cairo in the coming months. The announcement came a day after Uber’s Middle East rival Careem launched a bus-booking service in Egypt. Last month Reuters reported that Careem had been working with investment bank Jefferies on investment options and fundraising, including a potential deal with Uber.