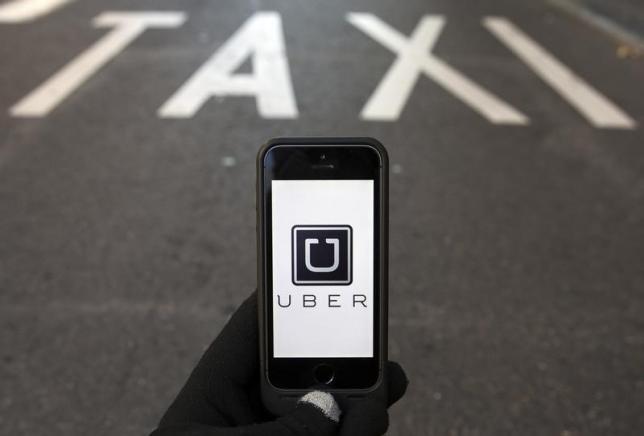 SAN FRANCISCO - A lawyer for ride service Uber, which has been sued by drivers who contend they should be considered employees and are seeking class action status, said it would be preferable to have a trial just on the three drivers who filed the complaint in order to avoid setting a risky precedent. The drivers, who filed suit in federal court in San Francisco, claim they are entitled to reimbursement for expenses, including gas and vehicle maintenance. The drivers currently pay those costs themselves. If allowed to proceed as a class action, the 2013 lawsuit could cover more than 160,000 California drivers and give plaintiffs leverage to negotiate a settlement. At a hearing on Thursday, U.S. District Judge Edward Chen asked if there was a "tension or inconsistency" for Uber to argue that every single one of its drivers is an independent contractor, yet to also argue that the legal issues in the case are so specific to each driver that it can't be decided as a class action. Uber could benefit from handling the case as a class action if it is confident that drivers actually are independent contractors under the law, Chen said. Uber attorney Theodore Boutrous said a better procedure would be to first have a trial solely on the three drivers, instead of a "big, huge" class action that would set a risky precedent. "If you're confident in your case it would be a good gamble," Chen responded. One of the fastest-growing sharing-economy companies, Uber operates in 57 countries, with an estimated value of more than $40 billion. The results of Uber's legal battle could reshape the sharing economy, as companies say the contractor model allows for flexibility that many see as important to their success. An ultimate finding that drivers are employees could raise Uber's costs beyond the lawsuits' scope and force it to pay Social Security, workers' compensation and unemployment insurance. In June, a California labor commissioner ruled that an Uber driver was an employee, not a contractor. The case in U.S. District Court, Northern District of California is Douglas O'Connor et al vs. Uber Technologies Inc, 13-3826. -Reuters