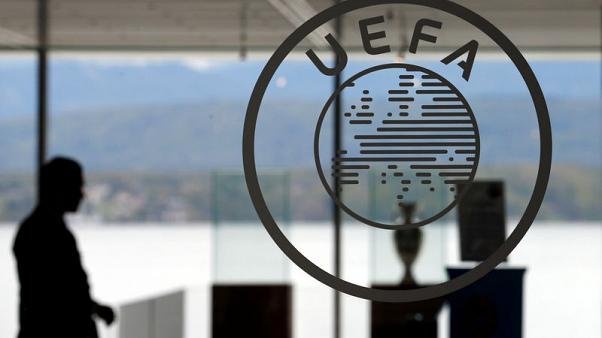 MANCHESTER, England (Reuters) - European soccer’s governing body UEFA said on Monday Financial Fair Play (FFP) investigations could be reopened after the publication of leaked documents about the finances of Manchester City and Paris St Germain. The ‘Football Leaks’ documents, showing the two clubs had inflated sponsorship revenues to meet UEFA’s FFP requirements, were obtained by the German publication Der Spiegel and reviewed by Reuters in partnership with European Investigative Collaborations, a consortium of international media. The FFP rules are intended, among other things, to prevent clubs receiving unlimited amounts of money through inflated sponsorship deals with organisations related to the owners. According to the documents, UEFA’s regulatory body accepted Manchester City and PSG receiving income from key sponsors related to the club owners that was far in excess of the market value estimated by independent experts hired by UEFA. Manchester City has said the purported leaks were an organised attempt to damage its reputation. PSG has said it firmly denies the allegations. Responding to requests for comment on the ‘Football Leaks’ reports, UEFA released a statement on Monday saying it could re-open FFP investigations on a case-by-case basis where new information suggested there had been abuse. The statement did not name Manchester City or PSG. UEFA also defended FFP, saying it had helped deal with the problem of clubs getting into debt. Under FFP, clubs must be transparent about revenues and broadly balance them against expenditure. The rules are designed to encourage clubs to live within their means and prevent the sport’s richest owners from crushing their rivals. “Seven years ago, European clubs had a cumulative debt of 1.7 billion euros (1.5 billion pounds). Last year it was a profit of 600 million euros. Without question, it has been a success for the game across Europe,” the UEFA statement said. It said the system relied on clubs being honest. “While UEFA can test the information it receives, it relies on that information being fair and accurate reflections of a club’s finances,” the statement said. In response to the ‘Football Leaks’ documents, Manchester City issued a statement earlier this month saying: “We will not be providing any comment on out of context materials purported to have been hacked or stolen from City Football Group and Manchester City personnel and associated people. The attempt to damage the Club’s reputation is organised and clear.” PSG issued a statement on Nov. 2 stating: “Paris Saint-Germain has always acted in full compliance with the laws and regulations enacted by sports institutions,” adding that it firmly denied the allegations.