Uihlein shoots 63 for first round lead in Las Vegas 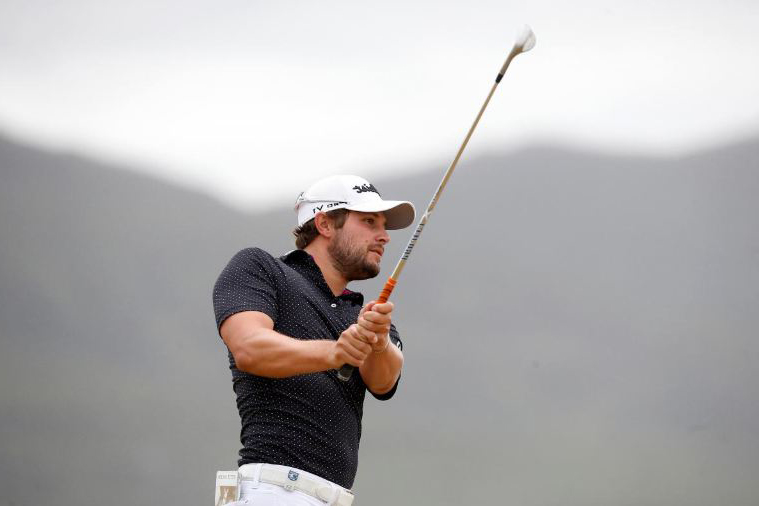 Uihlein shoots 63 for first round lead in Las Vegas

LAS VEGAS (Reuters) - Peter Uihlein failed to break 70 in his first 10 rounds of the new PGA Tour season but on Thursday his game clicked into gear with an eight-under-par 63 for a one-stroke lead at the Shriners Hospitals for Children Open in Las Vegas. Uihlein, out early before the wind sprang up in the Nevada desert, took advantage of pleasant conditions to notch nine birdies in his first round at TPC Summerlin. Tour rookie Seth Reeves tamed the more difficult afternoon conditions for a seven-birdie 64 to sit alone in second. Jordan Spieth, in his first start since the Ryder Cup five weeks ago, shot a 66, a score matched by world number six Bryson DeChambeau. Chris Stroud dealt himself an ace at the par-three 14th with an eight-iron from 162 yards on his way to a 69. Former U.S. Amateur champion Uihlein said everything just fell into place on Thursday. “I felt in complete control,” said the 29-year-old American. “When you have that feeling you’re just trying to get out of your own way and let it happen.” Spieth also took advantage of his early tee time and saw promising signs with the putter, draining a 25-foot birdie put at his final hole. Spieth’s putting was not up to his usual high standards last season but the three-times major champion said he thinks he is working on the right things. “It’s certainly nice to see some putts go in and see it pay off,” he said. “I have belief in what I’m doing. I’ll continue to do it and stay the course.” Spieth is coming off the worst season of his otherwise outstanding career. He failed to record a single victory and missed the season-ending Tour Championship for the first time. The 25-year-old is skipping his usual trip to the Australian Open this year and has instead added this week’s event to his schedule for the first time and will also play next week at the Mayakoba Golf Classic in Mexico.