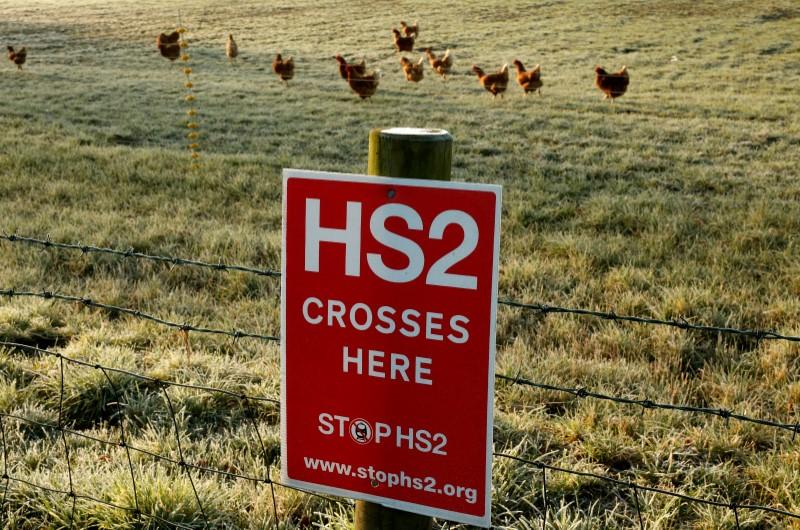 LONDON (Reuters) - Britain on Monday awarded $8.6 billion worth of contracts to companies to build a new high-speed rail network, naming a string of construction firms including the crisis-hit Carillion (CLLN.L) to deliver the major infrastructure project.

Announcing the companies that will build the railways, bridges, embankments and viaducts needed along the route of the London to Birmingham line, the Department for Transport named Carillion as part of a joint venture to work on the route.

Carillion lost 70 percent of its market value last week after it wrote off 845 million pounds of cash expected from customers, forcing it to cut its profit forecasts and part ways with its chief executive.

The news has sent shockwaves through the sector and alarmed equity investors who believe the company will need to turn to them for cash.

The company, which helps maintain British railways and roads, said it had been hit by payment problems on four construction contracts and had also seen costs escalate on other projects, particularly those public partnership deals with governments where prices are set ahead of time.

On Monday the Department for Transport said Carillion would work as part of a joint venture with Kier Infrastructure and Overseas (KIE.L), and France's Eiffage Genie to work on part of the route.

"We've had secure undertakings from all of the members in the consortium that they will deliver that contract," he told Sky News. "My wish is that Carillion get through their current problems but we've made sure that it's not an issue for these contracts."

Other companies named to work on the project include Balfour Beatty Plc (BALF.L) which will work with France's Vinci SA (SGEF.PA).

Britain's 56 billion pound High Speed 2 railway will connect London to cities in the country's central and northern regions, with a first phase planned to open in 2026.

The project, described as Europe's largest infrastructure project by the government, has drawn criticism in Britain over the high cost and impact it will have on the countryside.

Opponents of HS2 say it will not deliver the economic benefits promised by successive governments, while advocates of the project say it will stimulate growth in the Midlands and northern England.