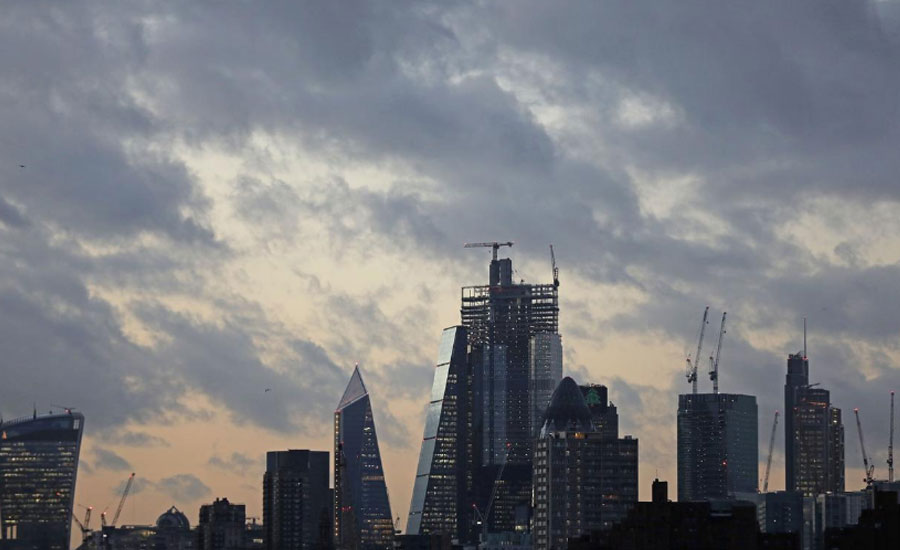 LONDON (Reuters) - UK business endured their worst downturn since mid-2016 in the run-up to Prime Minister Boris Johnson’s landslide victory in a national election last week, a survey showed on Monday.
The ‘flash’ early reading of the IHS Markit/CIPS UK Purchasing Managers’ Indexes (PMI) for UK business showed on Monday that the decline in both the services and manufacturing sectors has accelerated unexpectedly in December. The readings suggested the world’s fifth-biggest economy is on course to contract in the fourth quarter, survey compiler IHS Markit said, although the PMIs have overstated weakness in previous quarters, partly because of higher government spending before Brexit. This is also only the second month for which IHS Markit has released flash PMIs for Britain, and November’s flash estimates were revised up significantly when final data came out. Addressing a wilting economy is likely to be among the first items in Johnson’s in-tray as he builds his new government, bolstered by a majority of 80 seats in parliament. “Any positive aspects of the survey came largely from the sentiment indicators, with future expectations rising to the highest since June as firms hope that the election will bring clarity on the outlook and remove some of the uncertainty that has been holding back demand,” said IHS Markit chief business economist Chris Williamson. The composite PMI, which combines the services business activity and services and manufacturing output readings, fell to 48.5 from 49.3, its lowest level since July 2016, just after the Brexit vote. Readings below 50 denote contraction. The PMI for the dominant services sector fell to 49.0 in December from 49.3 in November, its lowest level since July 2016. A Reuters poll of economists had pointed to an improved reading of 49.5. The manufacturing PMI dropped to 47.4 from 48.9 — again weaker than forecast — as a stockpiling drive before the aborted Oct. 31 Brexit deadline evaporated. The survey’s gauge of factory output fell to its lowest level since July 2012. “Manufacturing production is falling at one of the steepest rates since the height of the global financial crisis in early 2009, but output of the vast service sector has now also fallen in each of the past two months, representing the first back-to-back declines since 2009,” Williamson said. The final versions of the manufacturing and services PMIs will be released on Jan. 2 and January 6. A separate gauge of UK business household finances from IHS Markit on Monday fell to a three-month low in December, as perceptions of job security declined.