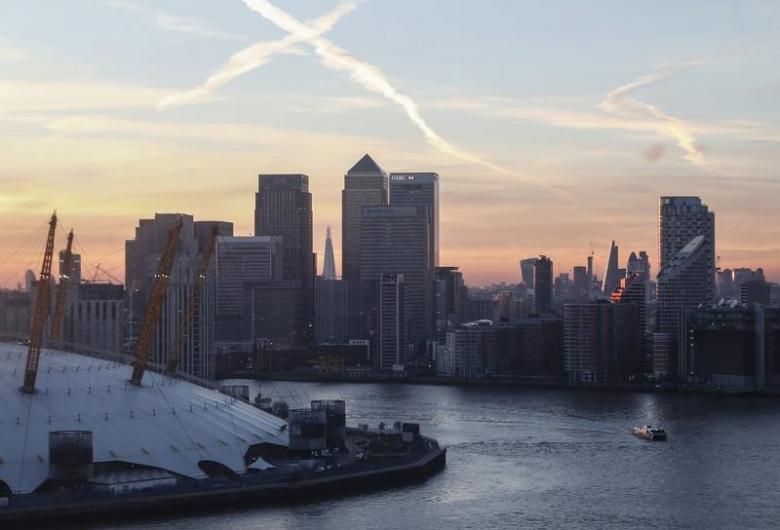 LONDON - Morale in large British companies hit an 18-month high in the fourth quarter, bolstered by robust economic growth and recovering fully from a slump that followed the Brexit vote, a survey showed on Thursday. However, uncertainty about Britain's divorce from the European Union meant businesses were still loath to increase investment spending, according to Deloitte's quarterly survey of chief financial officers (CFOs) at major British firms. Britain's economy has fared much better than many economists predicted in the aftermath of June's Brexit vote, with consumer spending strong and services companies continuing to perform well. As a result, the net balance of CFOs who were more optimistic about financial prospects for their company than three months ago turned positive for the first time since mid-2015, Deloitte said. But the long-term outlook remains murky. Two-thirds of CFOs said Brexit would eventually damage businesses, a proportion that has changed little since the referendum result. Reducing costs and building up cash ranked as the top priorities for CFOs, chiming with a Bank of England survey published last week that also showed firms were hoarding cash. "Buoyed by a backdrop of continued UK growth, CFOs have become markedly more positive on the outlook for their businesses and enter 2017 in better spirits than at any time in the last 18 months," said Ian Stewart, Deloitte's chief economist. "However, rising optimism does not represent a return to business as usual." Only 21 percent of CFOs said now was a good time for their company to take risks, far below the long-term average and adding to a long list of indicators pointing to a weak outlook for business investment. Data last week showed business investment in the third quarter increased at a much slower rate than first forecast, rising by just 0.4 percent. The Bank of England expects business investment will shrink 1.75 percent next year before recovering in 2018. -Reuters