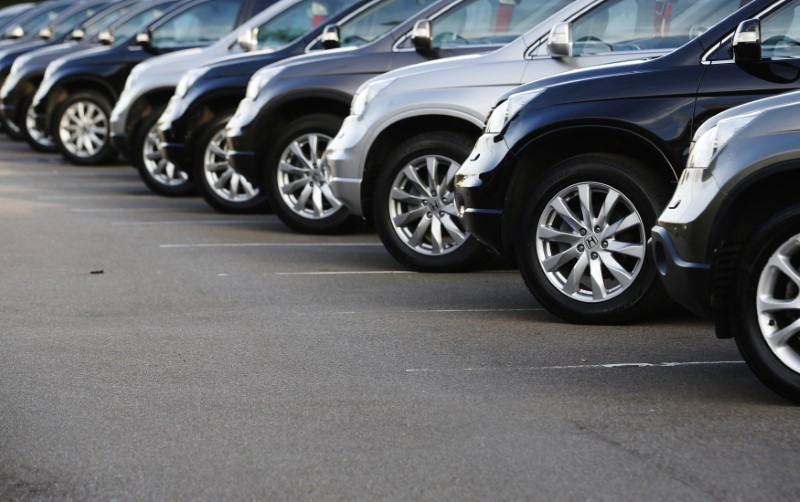 LONDON (Reuters) - British new car registrations rose by nearly 3 percent in May, recording a second consecutive month of growth after a year-long slump, preliminary data from a car industry body showed. Sales in April ended 12 months of decline to rise by an annual 10.4 percent, although the Society of Motor Manufacturers and Traders cautioned the increase reflected a poor performance in the same month in 2017 after a tax rise came into effect. In May, demand in Europe’s second-largest autos market rose due to a near 20 percent increase in sales of petrol models, while demand for diesel cars dropped by around a quarter, as consumers shunned them over fears of tax hikes and bans. The industry body will release the final data for car registrations at 0800 GMT on Tuesday.